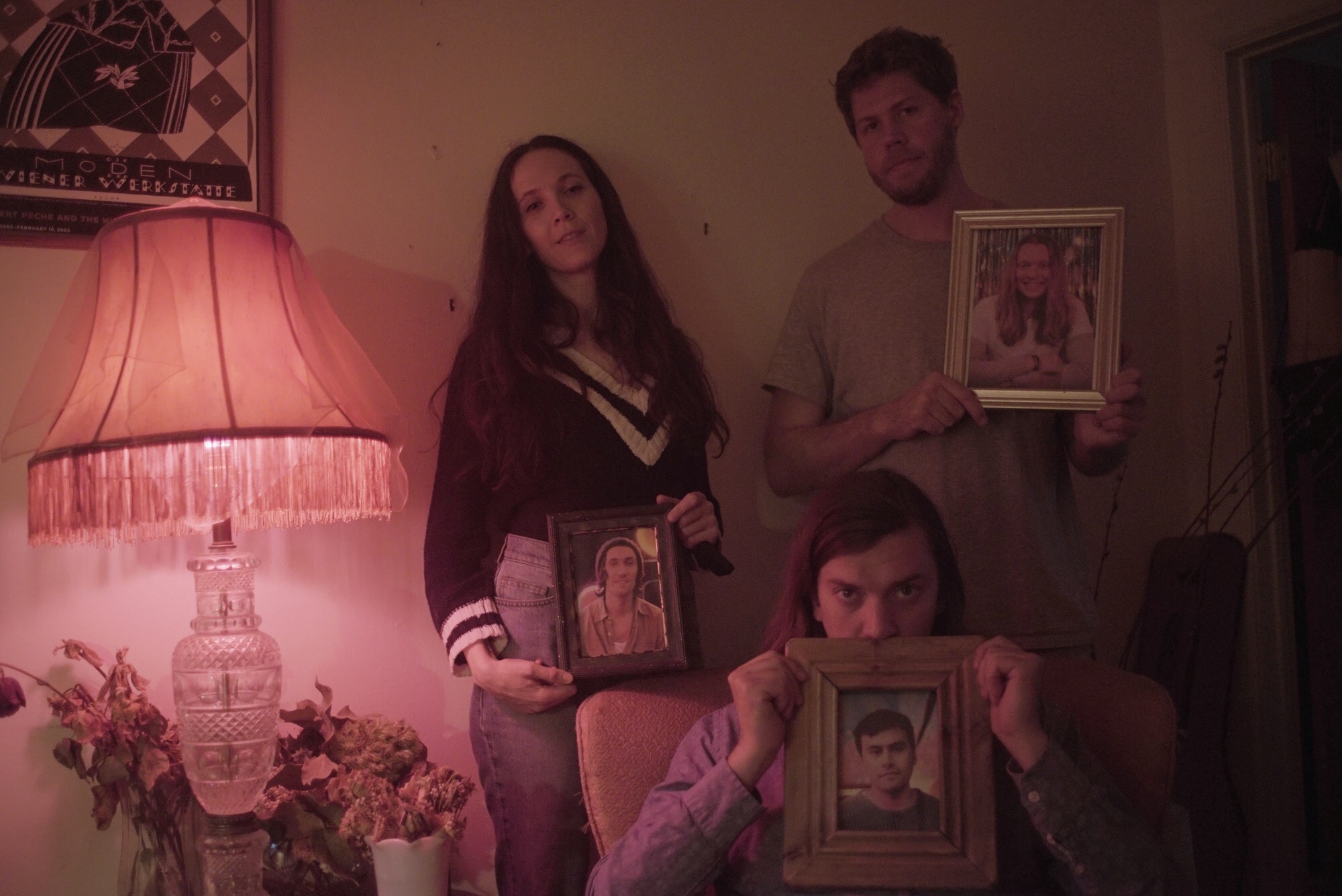 A well-worn cliche is that imitation is the highest form of flattery, but Brooklyn band Friend Roulette has taken it a step further: their latest release, The Matt Sheffer Songbook, Vol. 1, is a collection of songs an old friend wrote, but rejected, deeming them unworthy for the world to hear. To prove him wrong, they recorded their own versions and released the five songs as an EP on 6/16  via Pretty Purgatory.

The result is a quietly beautiful, albeit short, collection. If you search for Friend Roulette, you’ll quickly see adjectives like “whimsical” and labels like “chamber pop.” That doesn’t quite cut it, but it seems impossible to write a succinct description of their unique sound; it’s orchestral, and incorporates pop, folk and psychedelic elements. The Matt Sheffer Songbook brings together all of those things in turn, beginning with the somewhat somber “You’re A Fox,” moving into the funky “Snow Pea,” and eventually ending with a playful ditty about killing a spider, “Bacon And Raisins.” There’s a certain antiqueness to the songs, as if they’re the soundtrack to a black and white movie, or heard in a dream that stays in the back of your mind all day. Though they were simply Sheffer’s unfinished sketches of songs, the only thing that’s missing is more of them.

We spoke to several members of the band before their release show at Silent Barn, and they filled us in on the man behind the songs, their recording process and more. Read some of our conversation, and listen to the EP, below.

AudioFemme: Let’s talk about your friend Matthew Sheffer. Your new EP is a recording of some of his old songs, but I was reading that he’s maybe not so happy about that.

Julia Tepper (Violin & Vocals): He’s more recently become a confident and powerful and musician in his own right, and I think he’s still coming to terms with the fact that people love his old stuff too.

Matthew Meade (Guitar & Vocals): I just hung out with him a couple of weeks ago in Texas, and, you know, a good review would come and out and he would be like, “I don’t really care.” I talked to him about how we might do Volume II, and he was like, “Eh, you don’t really need to do that. There’s so much bad stuff.” But I’ve got over two hours of material of his to sift through.

Julia: We recorded them without asking. But I think he knew it was coming from a good place. And we’re not trying to say that they’re our songs, or anything. The band is all about us being friends, and being supportive of each other as musicians, and we feel that way about him, even if he doesn’t feel that way about himself.

AF: Is the EP an exact copy of his old songs, or did you just go by the lyrics and melodies?

Matt: I had to find all the old MP3’s he made and transcribe them, because they were really, really bad recordings. But yeah, it’s like the same songs.

Julia: They’re pretty similar. And on the cassette we released, the B side is actually his original recordings. I think the coolest thing about it is hearing them both.

Nate Allen (Bass): We barely even changed arrangements or anything like that.

Julia: Which is why they’re so short, for the most part. He never finished them. They’re sketches of ideas, and they still hold up anyways.

AF: Which songs are your favorites?

Nate: I think I like “Bacon and Raisins” the best.

Julia: Yeah, that’s my favorite, too.

AF: You went to school together, where you studied jazz. Would you say that you use what you learned there now?

Julia: I love that one metaphor, I forgot who said it: you drink from the fountain of jazz, so it can’t help but, um… come out…

Matt: Yeah, that’s Robert Wyatt. “I drink from the fountain of jazz, so I can’t help but piss it out.” And that’s really us.

AF: But it seems like you guys are sometimes still stuck with that “chamber pop” label.

Matt: Yeah, we got slapped with that on right from the get go.

Julia: It’s more of… I don’t know how to describe what genre we fit into, but when you work in an industry, and you want to play shows with other bands, they ask, “What are you?” And then you kind of have to see, well, what other bands would want to play with us? So we get paired with chamber pop and math rock. That’s not what we are, but also, who else would we play with? It’s confusing.

AF: What was the recording process like for this EP?

Matt: We recorded it in Ryan Weiner’s apartment. He’s in the band Tiny Hazard, a good friend of ours. We didn’t go into a studio at all. But that was two or three years ago.

AF: What made you decide to release it now?

Matt: Oh, we had every intention of releasing it. We’re just slow as fuck. And it’s not even like we’re working that hard. It’s not like we’re geniuses or anything, perfecting our craft. We’re just really irresponsible.

AF: Do you have any memorable moments from your tour this week?

Matt: Yeah, Richmond was memorable. We got shut down during our first song, by the landlord. He made a random visit to the apartment, and he shut it down and said, “The devil’s had its fun!”

Nate: We were playing a really quiet ballad, it was a very sweet song. Everyone was leaving and bummed as fuck, but then we realized, everyone was on their phones, making calls, sending texts, looking for a new venue. People weren’t like, oh, cool, I’m gonna go home.

John Stanesco (Bass Clarinet & EWI): What you see on the tour is, the DIY scene is so strong in so many cities and towns. I was thinking, I wish we had something like that in New York, but then I was thinking back to when Shea Stadium shut down, or when Palisades shut down, and there really is that community here. People band together to find new venues to hold shows that were rescheduled.

AF: Any upcoming Friend Roulette projects we should watch out for?

John: I think we’re trying to get back into really doing things, just putting out stuff really fast now. We’re not sure if we’re going to stick with the traditional EP, followed by a full length formula. We were talking about some other strategies to maybe just, keep releasing. And we’re also getting better as producers, getting better gear, where maybe we could self release stuff, you know, to keep in the public eye. So to speak. Rather than just waiting for the machinery of labels and PR to churn.