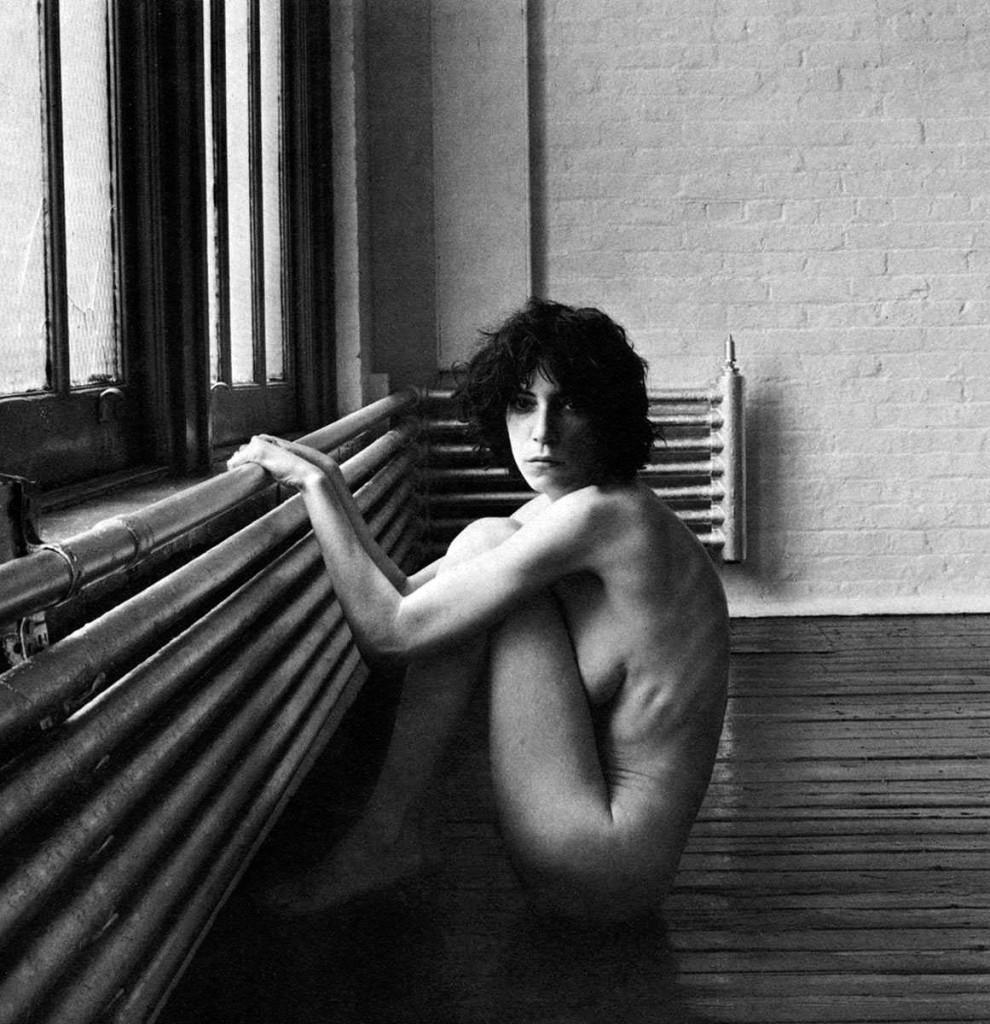 I was surfing the internet for vintage Patti Smith videos the other day when I came across this gem. I was so excited that I decided to dedicate my newest installment of Flashback Friday solely to this video, which is a 1979 performance of Patti Smith’s “My Generation” at the Capitol Theatre in Passaic, New Jersey.

“I pledge allegiance to the flag…”

The clip begins with Smith reciting the “Pledge of Allegiance” (She even put her hand over her heart)  over a Hendrix-esque “Star Spangled Banner” guitar solo. You can see an American Flag plastered in the background. With her back to the stage, she finishes the pledge. The room then fills with discordant noise coming from the guitars, drums and amplifiers. Once the chaos dissipates, the drummer signals the beginning of the song by striking his sticks together to define the beat. Then it begins.

It is no secret that punk rock poet Patti Smith is a dynamic musician who is full of energy and character, but watching her perform live and listening to her recordings are like night and day.  With no shoes on her feet, hair awry and a presence that generally suggests dishevelment, Smith completely lets loose on stage. According to Smith, this experience is just as important as the music. Smith prefers expression to accuracy, and often strays from the key, rhythm or melody in order to fully express herself within the music. The performance is spontaneous and seemingly genuine.

The song breaks down right before the end. She turns her back to the stage while the music escalates in speed and volume. The drums are pushed over onto their sides, the guitarist puts down his guitar, and Smith is left playing alone. She seems entranced as she strums randomly on the guitar and overworks the whammy. The music gradually becomes more esoteric as she crouches and kneels with the instrument, even shaking it at times to produce a piercing tone. After a couple of minutes, the band members return to the stage. Smith walks over to interact with the bassist, who begins to hit the guitar with his microphone.

She then returns to center stage, faces the audience, and recites one final impromptu verse:

Back on the straight and narrow

with my broken arrow”

While Patti Smith still performs fairly often in the NYC area, it is still exciting to see old footage of her from back in the day.  Enjoy.