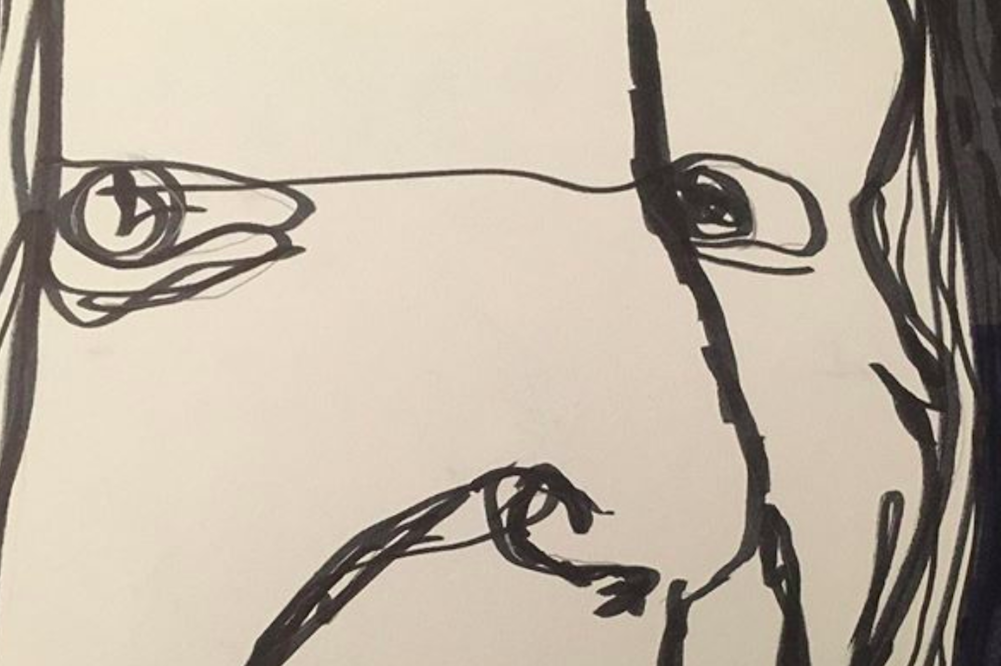 DIY and electronica have always gone hand-in-hand. With only a computer and some music software, you can create tracks from basically nothing; you don’t need a good voice, and you don’t need to be good at playing an instrument. But here’s the thing – regular musicians don’t need that shit either. Crap electronica and good electronica are subjective, and therefore eminently debatable, but in some ways, the sloppier you are without the padding of lyrics or vocal stylings, the more likely people will be able to point at all your rough bits and laugh.

I am not really a “chill” music person, both in the personality sense and in the genre one, and generally will gravitate toward discordance and noise. Yet I still know that good electronica that manages to be contained — even repetitive —without being boring is worth its weight in gold.

This is how I feel about San Francisco’s Trimmo and their new LP release, twin sister. The album is a strange entity in many ways. Labeled “gothstep” by its creator, Sean McFarlane, there is something very pasted together about it, with its blurry, inconsequential cover photo “of daniel,” its stalwart reluctance to embrace logical spelling or track naming structure, and a deeply unsettling choice to name track seven “twin sisters” while the album title is the singular. Was this an accident? I doubt it, because in all good, seemingly random things, the chaos is coordinated.

The collage-like tactics on twin sister almost make my head hurt – thousands of hours of sounds and possibilities, the simple random chance of things coming together. “hunt you liek doggie” is the opening track, and also my favorite of the lot. If there was a way to condense the feeling of a long drive home with friends into a song, this would be it. There are vocals here, but they have been looped into a melodious, mantra-like hum that compliments both the acoustic guitar loop and a deeply-felt heartbeat sound that could recreate panic as easily as it could joy.

Overall, the album leans into a more subdued — though not morose — vibe, with the exceptions of “pis,” and “anime guuuurl” which both have moments of thorny roughness that cut through the arrangements like snags in your sweater. Both are songs you really have to be in the mood for, the former sounding like a drugged out 90’s dial-up tone  and the latter a hyperpop song that got ground through the garbage disposal a few too many times.

Trimmo knows how to make a memorable impression even without leaning into roughness. I appreciate the attention paid here to acoustic instruments, which show up in most of the songs as major players; track two, “JUNE24 LIVES IN INFAMYYY” is backed by piano, while the kinda-title track, “twin sister” has a very homey addition of that warm wa-wa guitar sound. “queeen” relies on a syrupy, surfy riff that crashes headlong into a heavy drop of distorted piano and cymbals on “te pwincess,” which immediately follows – given their names, the two tracks seem deliberately paired, even if they feel distinct. The last two songs round out the project nicely – “dri drip (bonus)” is super synth-heavy, and the final track, “not a song” is, of course, the most distinctly traditional track, with soft, largely indiscernible vocals over doubled guitar.

Fundamentally, twin sister is mutable, in its best moments able to take soft, dampened sounds and make them resonant, both emotionally and musically. It’s DIY, it’s experimental, it was surely made (or at least completed in quarantine), and even with the warmth and tenability afforded by Trimmo’s mindful, tender treatment of acoustic instruments, has its rightful place in electronica.