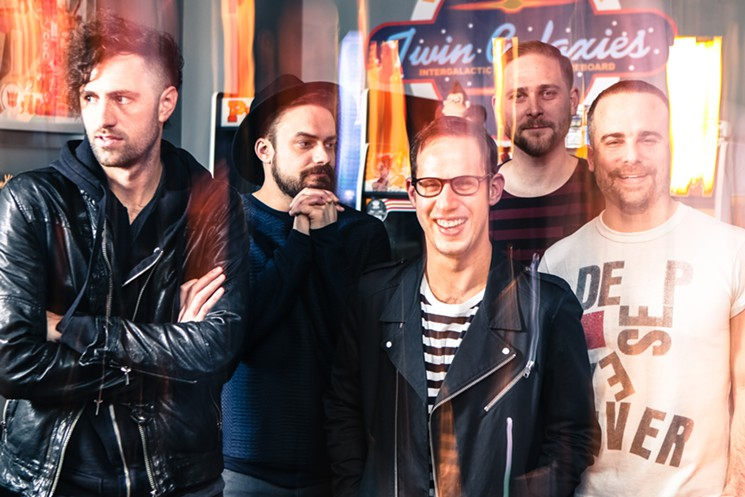 Controller makes New York City rock ‘n’ roll. They have a July residency at Pianos, and we’re giving away two tickets to their show on the 28th. Just head to AudioFemme’s Facebook page and “like” or “comment” on the photo of these handsome devils . And, as they say themselves, it’s great music to drink too, so we’ll throw in two Brooklyn Passports with each.

Their single “Flame” builds to a mega-fun and catchy rock tune that will have you shaking your hips and kissing the grooving fool next to you. Let your hair down, win some tickets, and grab a drink. While they sound mighty fine from speakers as a party soundtrack, it’s the stuff that’s meant to be soaked in live.

Winners will be chosen at random. Best of luck and listen to “Flame” below!