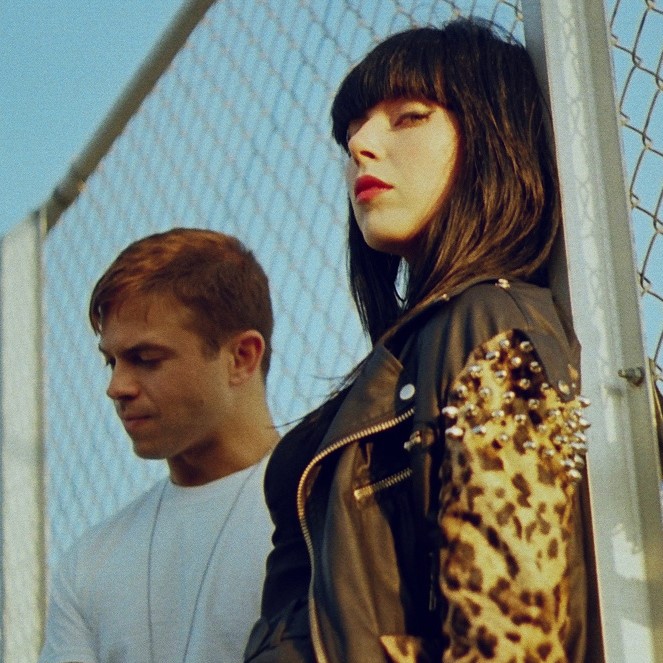 The second the spiraling music of Sleigh Bells starts and the distant “Uh-oh’s” sound, it’s apparent that “Hyper Dark” is a more than appropriate name for this new release. It’s a whole new sound from their past work, which is more upbeat and in-your-face, but it’s definitely a side of Sleigh Bells that we’ve been craving without even realizing it.

“Hyper Dark” is a slower piece that feels like it’s working toward something huge from the get-go. It gets in your head and builds you up until you’re sitting up straighter in your chair, waiting on the edge of your seat for the action. And when it doesn’t quite come, you realize that was never the point of the track anyway. Then you listen to it again, because you can’t and don’t want to shake a quality track.

Get caught up in Sleigh Bells’ new whirlwind of a song “Hyper Dark” as you patiently await the release of their upcoming fourth album.