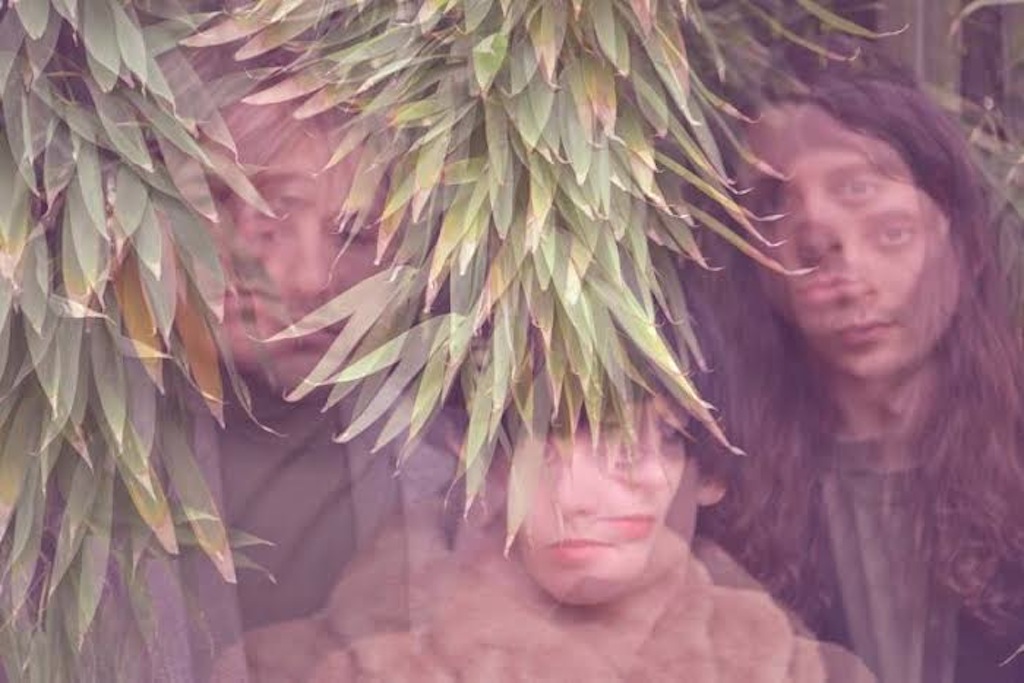 Descendant opens with a pulsing beat and glimmers of what’s to come in the next 27 minutes: a washed out, floating female voice, distorted guitar freak-outs, and catchy, upbeat pop rhythms. These six tracks are the work of relative newcomers, Blackstone Rangers, a trio from Texas consisting of Ruth Smith on synths and vocals, Daniel Bornhosrt on drums, and Derek Kutzer on guitar and vocals. Descendant is their second EP, released via Saint Marie Records, and it’s a doozy of a release, oozing indie, shoegaze-y pop a la Beach House, with a bit more punk sensibility.

The opener, “Descendant Of,” is a blistering, rock-leaning number that stands out among the other friendlier tracks. The listener is quickly submerged in the music, as the band takes its time unravelling its possibilities from the depths of their warped instruments. “Judas Tree” is the first to show the their pop inclinations, picking up the pace and setting a catchy foundation with the repeating line, “Did you hear me the other night?,” as vague yet affecting as their actual sound. It’s with songs like this one that the band manages to exude a badass energy and presence while maintaining their haziness.

But without a doubt, the two standouts on the EP, are “Frozen Echo”, and “You Never” — hypnotic numbers that have Smith warbling enchantingly over steady drum beats and fuzzy guitar distortion. She wields her chiffon-y vocals artfully, like a painter, diminishing the need for lyrics to keep the song interesting, and opting instead to let the music beckon us into her world.

Descendent is a great showcase of the band’s talent for woozy pop and wall-of-sound textures: in less than half an hour, you’ll find songs you can bang your head to, and others you can twirl around in a daze with. We can’t wait to see what is in store for this talented young project.

The EP is due out at the end of the month. In the meantime catch them on one of their many tour stops including  5/1 at Cake Shop with Blessed Isles & FIELDED and 5/2 at Radio Bushwick with Dead Leaf Echo. Until then, check out the Audiofemme premier of the ever-haunting, “You Never”, right here: