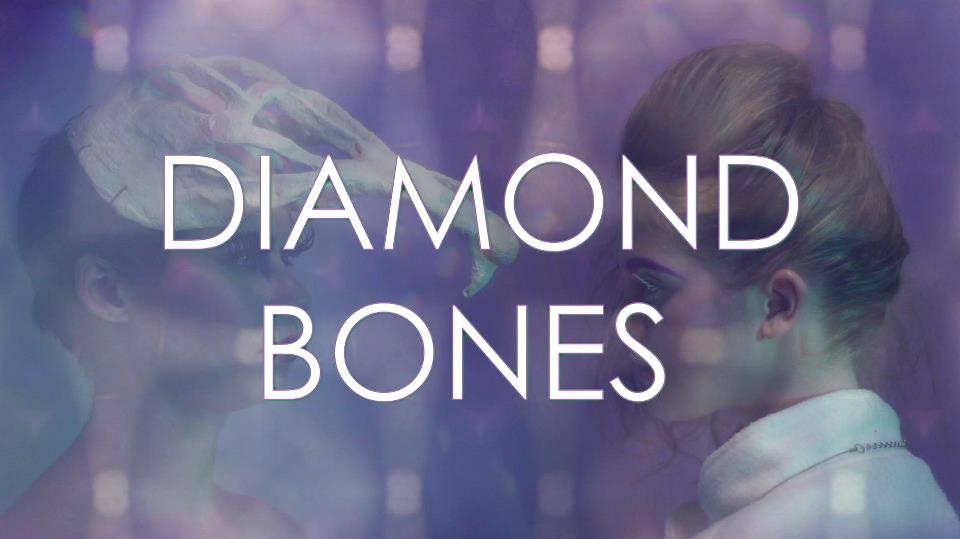 Montreal trio, Diamond Bones crafts an infectious brand of dream pop infused with ethereal synths, and electro-shoegaze. Although the band has only been together for a little over a year now, Diamond Bones has landed a number of pretty impressive gigs–a spot on this year’s POP Montreal Festival (known for showcasing a number of both high-profile pop-rock North American and European artists, as well as up-and-coming local acts across Canada), slots opening for artists like UK-favorite Chad Valley, Detroit’s indie-pop darlings Dale Earnhardt Jr. Jr., and the “chillwave” duo Keep Shelly in Athens. The band has traversed all across Canada and the East Coast (you might remember them from the AudioFemme Showcase as part of CMJ 2013 back in October) and shows no intention of slowing down.

Relentless touring and a stacked itinerary hasn’t stopped the band’s creative flow. Diamond Bones has been hard at work piecing together material for their debut full-length to be expected some time early next year, and released a video for the single “Home Is Where” just a few months back. “Home Is Where” is a carefully cultivated work of art. Its numerous layers and textures takes listeners into a sonically resplendent state of ambiance (think of the merging of shoegaze heroes like Slowdive and dream pop artists like Washed Out), a tone that works hand-in-hand perfectly with the alluring, theatrical extravagance of the video for the single.

The band will be making a number of stops along the East Coast for a brief December tour. Be sure to check out Diamond Bones performing alongside NYC’s Relations and We Can’t Enjoy Ourselves THIS Thursday, December 5th at Bar Matchless in Greenpoint ! Check out “Home Is Where” here on Audiofemme :