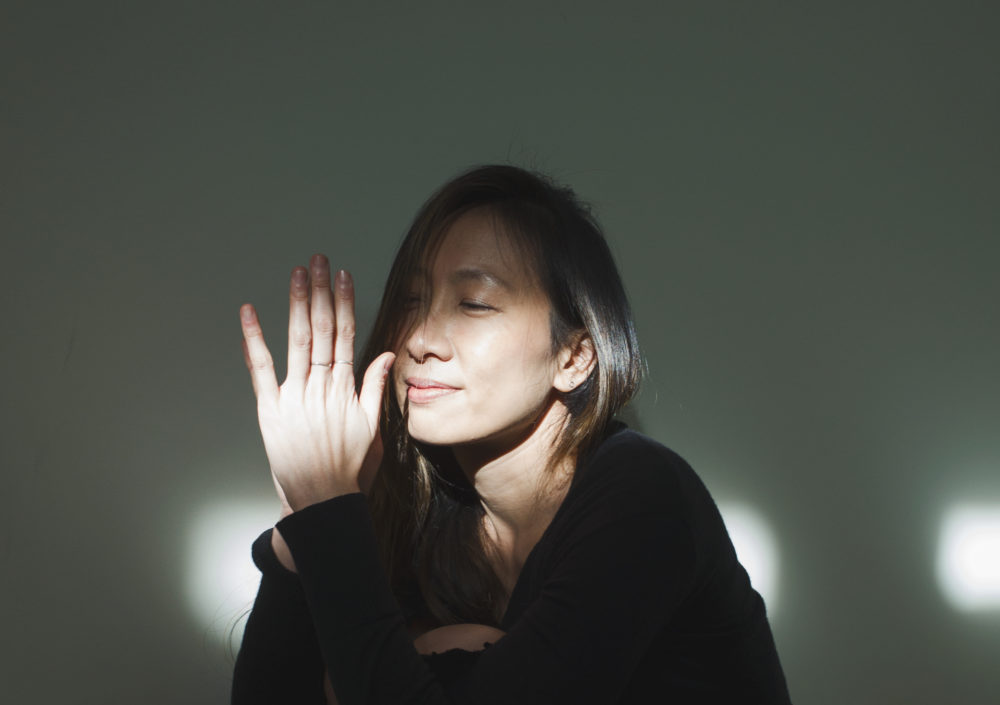 Bearing the weight of both personal and industry turmoil, she stepped away from songwriting for a number of years. She had written and released three full-length albums under her given name and built a YouTube brand of viral covers, amassing over 30,000 subscribers. But it all became terribly unfulfilling.

She took time to rediscover herself, and when 2015 came to a close, she was feeling the itch again. “I wanted to go on a writing retreat somewhere where I didn’t know anyone or anything to encourage heightened senses,” she says, as long as it was “not too expensive.” Barcelona made the most sense, so she packed her bags for a five-week excursion to take in the city’s rich, beauteous history and hunt down her next muse. “I spent the last two weeks locked in my little studio apartment with a keyboard. My daily schedule was really regimented, and I loved it.”

2016 was a year of great creative rebirth. In the beginning, she immersed herself in prolific artist Pablo Picasso’s work, as well as his deep connection to the city itself. “There are remnants of his history all over the city and no one really escapes him. Reading his creative philosophies and playfulness, I really sort of… fell for his charm and understood why he was this enigma with women,” she says. Her song “Barcelona,” a centerpiece co-written with collaborator Albert Chiang, stitches her own personal “interaction with [Picasso] through space time, that he’s within the walls and floorboards of the city,” she explains.

Her relationship with Picasso quickly shifted, however, once she returned home later that year. “I started reading about the women depicted in [his work] to enrich the songs and lyrics – and that was when I found far more interesting topics and grey areas,” she says of the profound shift. In her research, combing various texts and other materials, the exploitation of women in the work became undeniable. “I discovered that these women were all in it together against this man who remains in the spotlight, while being deeply jealous, cruel, and abusive in his personal life.”

In an Artspace essay, writer Shannon Lee calls into question the debate of separating art from the artist and Picasso’s often overlooked abusive behavior. “An artist’s flaws ought to provide us with potential opportunities to revisit and re-contextualize their work,” Lee posits. Lui configures her new self-titled album, a concept record dissecting Picasso and his abuse of women, smack dab in the middle of that conversation. “Art is spacious and messy. The amount of beauty, curiosity, discomfort, perversion, texture, and meaning that art can synthesize, lets us put down our daily lives and step into a far more complex mental space by design to respond, is powerful.”

“Deconstructing an ego like Picasso’s certainly adds complexity – and we’ll continue to generate current cultural and sociological topics that re-contextualizes all art forms as the years age on,” she continues. “It certainly is a part of the basis for the music, but I also know, and I’ll be the first one to admit that I hear it in the songs: my own struggle and discomfort with reconciling his work with these women’s suffering.”

“Sylvette,” premiering today on Audiofemme, analyses Lydia Corbett, a model who became known as “the girl with the ponytail” in Picasso’s Sylvette series of paintings. Unlike most other women in the painter’s life, she was not a lover. “Because of this, it fueled his desire to find her even more so on canvas. I’d like to think that this posed both artistic challenges and obsession for him since most other portraits contained romantic and passionate fuel that she never provided.”

A 1954 Sylvette painting became the creative benchmark for the song, a stylized portrait with “cool tones of blues and greens. I wanted a smirky attitude and almost triumphant feel to [the song]. She was unscathed, and that’s the part I chose to focus on.”

The song’s original demo, written with Chiang and Paul Dateh, was a foundational piece for her to “develop opinion and figure out what the world sounds like. A lot of the demo ideas are actually intact in the final track. Once we were ready to build an official scratch, we programmed a groove with a pretty meticulous synth drum instrumental.”

Studio musician Matt Chamberlain (Tori Amos, Fiona Apple, David Bowie) then supplied a smorgasbord of eclectic sounds, layering elements on thick to further elevate the emotional punch. “The small kit sounds were guttural and so satisfying for this track. It was unimaginable fun and the most nervous I had been in a long time. I’ve been a fan of his since Tori’s From the Choirgirl Hotel and had DVDs of him playing with her on repeat for months on end. He really carved the song into its own stone.”

Elsewhere on the album, co-produced by Maxwell and Sophocles, Lui reexamines the stories of Marie Therese Walter (“Barcelona,” “Minotaur”), Dora Maar (“Dora”), and Françoise Gilot (“Gilot”). “I wanted something that can be spacious and messy, speak plainly through the women in the spotlight, and retell the stories my way – while letting him keep a supporting role and as a personal symbol of a toxic male figure.”

Surrija fuses Lui’s classical background and intense training of body, intent, and emotion with asymmetrical sounds, textures, and structures. “In this batch of songs, I wrote with the intention of not finishing them. Build, destroy, rebuild. This is so much more exciting to me now. I didn’t want to write in isolation after coming home and Albert generously swooped in as a partner. I’m very grateful for him.”

She shifts across the spectrum, engaging with off-kilter guitar chords, slightly unhinged melodies, and playful vocal lines. “I lean toward tactile sounds. I certainly attribute that to my piano and percussion playing – sounds that sound like it could be real or have audible texture. It’s a tendency that landed me squarely in this new sound that I feel at home in.”

Lui weaves in her own story, too, to give the 12-track collection a full-bodied emotional narrative. “Most of the other songs are about my father, the King Pin and often toxic figure in my life. At first, I wrote mostly about him. But without knowing so, writing about these women made me put any personal context off to the side and access the artist voice more purely, developing a new language with the least amount of ego possible.”

The process took her to the deepest, darkest parts of herself, and in those crevices, these women “gave me agency to heal,” she confides. “That’s when I realized I have the power to rewrite certain narratives to give back to them as a token of thanks.” Here, she notes an apt example. “Dora had a complex relationship with Marie Therese. Legend has it that one day, they accidentally met as a love triangle at Picasso and Dora’s apartment. The women basically asked him to choose, and his response was ‘you two work it out,’ or something to that effect. In writing ‘Dora,’ I wanted to include this confrontation but change it from being antagonistic to allies in the same boat.”

“The blending of characters and songs is not overt and is a small piece of the puzzle that probably means more to me than anyone,” she says, reclaiming her own identity within the stories. “But it was an opportunity to rewrite a narrative that fit our current discussion.”