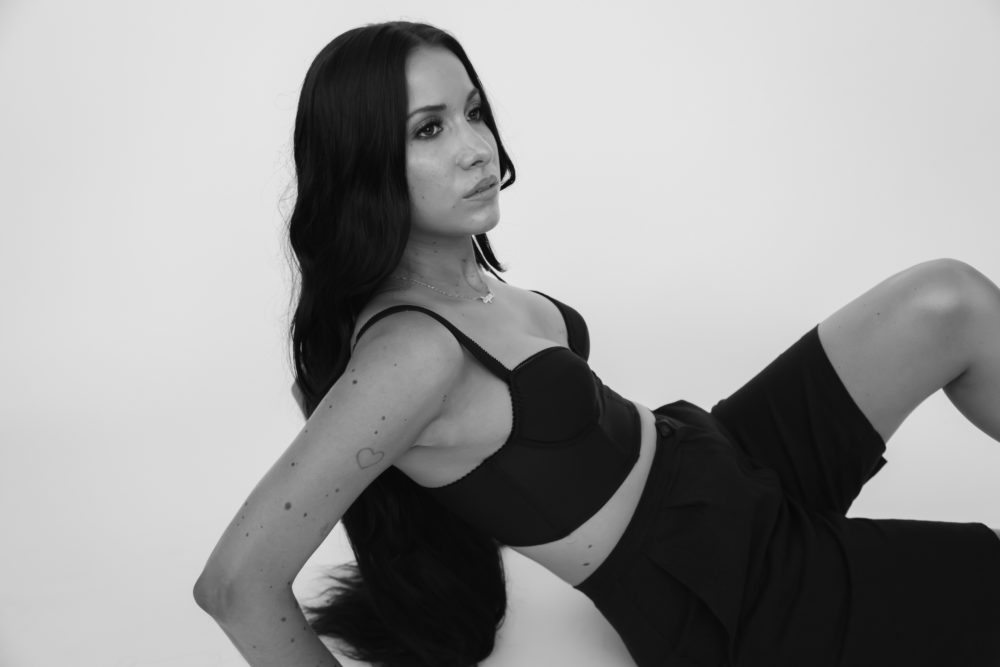 R&B singer Sugar Joans grew up listening to artists like Aretha Franklin, Stevie Wonder, Prince, and Destiny’s Child, and in 2014, she auditioned for The Voice with Franklin’s “Chain of Fools,” earning herself a spot on Pharrell Williams’ team. Since then, she’s released five singles as a solo artist, the latest being “No Patience,” a declaration of independence from a partner who couldn’t meet her needs.

The song was based on a “situationship” in Joans’ own life at the time she wrote it. “We had developed really strong feelings for each other, but he just wasn’t in the right place to be in a relationship,” she says. “I’m at the point in my life where I had that ‘aha’ moment and that courage and that strength to walk away from something that wasn’t serving me 100 percent.” The realization that it was better to be alone than be with someone who wasn’t giving their all made the track “more than a breakup anthem;” for Joans, it was as much about the empowerment she felt in that moment as it was about ending the affair.

Her R&B influences are clear in the song, though she considers it her poppiest single yet. “I wanted it to be kind of authentic and catchy,” she says. The lyric video, which she shot and directed herself, aims to show her expressing the strength and conviction that went into the song. In fact, she says it already began to take shape in her mind when she was writing the music.

“Every time I make a song, I see it visually as well,” she explains. “It creates its own space in my mind, and there’s imagery that goes with it and feelings and smells and moods. All of it exists together, so it’s very cathartic for me to just create something from start to finish visually and from a production standpoint.”

“No Patience” is part of a full-length album Joans is currently working on, which she describes as “a love letter to myself.” Similarly to “No Patience” and previously released single “Gentle,” the other tracks are about finding her voice and empowering herself both personally and professionally.

“For a long time, I kind of looked at myself as a good singer but not an artist,” she says. “I don’t know why I doubted myself in that arena, but I never really had the confidence to let myself flourish in songwriting and just exist as an artist. It’s been a journey, the past year, of really believing in myself and letting myself grow and understanding I’m capable of doing those things. I hope when people hear the music, they can feel inspired to believe in themselves and do what they feel they’re called to do.”

Since so many of her influences are Black artists, Joans hopes to pay homage to the Black community through her music. Along with the surge in activism around civil rights and police brutality, she hopes her listeners learn to value those that have been so influential to her own music, as well as the industry at large. She encourages those who are in a position of privilege to educate themselves about Black culture and racism through books, documentaries, and whatever means available to them.

“Black music is the originator of all music, pretty much, in the history of the world,” she explains. “I just wish so deeply that the world could value Black people and Black lives the way we value their art and their culture and the way we value the music they make and all these kinds of things. I just feel pretty overwhelmed by the state of the world, but I have a lot of hope that if we keep pushing for change, this is going to be a very pivotal time.”