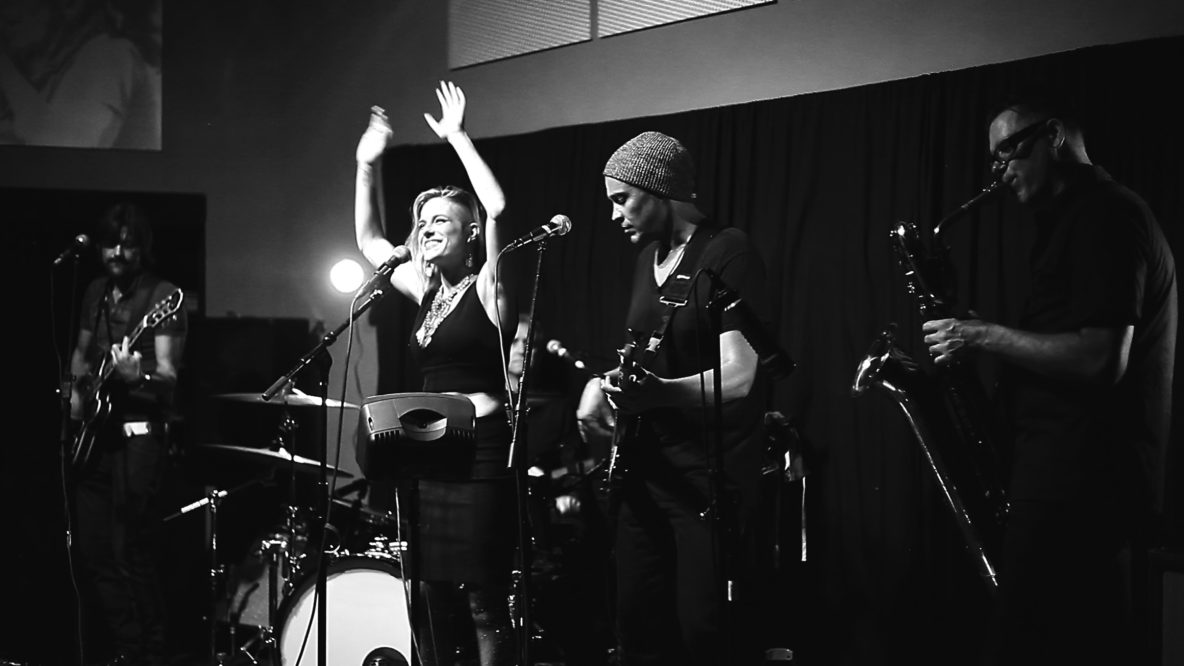 Back when Iggy T and the Crazymakers frontwoman Sarah Todd was doing business consulting, a client fired her after she requested a contract and salary raise he’d promised her. “I called a friend and cried, and it was like a light switch that my tears turned off and my power turned on,” she remembers. “I realized as a product of this experience just how many times and in how many settings I was giving my power away to men. Generations of conditioning to believe I should ‘play small.'”

Since she made the decision not to play small, she’s formed a band with a big sound. After Todd met multi-instrumentalist David Franz at a friend’s jam circle, the two began creating music that combined her old soul, folk, and classic rock background with his blues and rock influences. Together, with the help of saxophonist Karl Hunter, drummer Fernando Jaramillo, guitarist Matthew Cheadle, and bassist Scott Fegette, they created a sound reminiscent of The Black Keys, Amy Winehouse, and The Alabama Shakes.

The band name, like all good works of art, came from a dad joke. “My Dad’s dry sense of humor led him to tricking me into thinking that my middle name was Ignatius,” says Todd. “Might be one of those ‘you had to be there’ things, but it stuck all these years.” T is her last initial, and “crazymakers” stems from the book The Artist’s Way by Julia Cameron, referring to the ways we all drive ourselves and the people around us crazy.

Iggy T and the Crazymakers’ latest single, “I’ll Take My Power Back,” was inspired by Todd’s experience getting fired for advocating for herself, encouraging women not to back down in such situations. “I feel the tide is rising/I hear the inner voice/I’m calling all the powerless/to make a new choice,” Todd’s powerful voice belts in between dramatic guitar chords.

In keeping with the message of the song, the video intersperses the band’s performance with footage of women’s protests and other images of strong women.

The single sits alongside several other empowering songs on their debut album, Just Can’t Get Enough, including “Cake,” a sassy bisexual anthem, where Todd addresses a male partner about also wanting female partners: “Do I have to choose/I was thinking we could talk about it/What do I have to prove/for you to let me have my cake and eat it too?”

“I prefer talking about serious things with an upbeat playfulness,” she says, and with its triumphant saxophone, pop-friendly production, and tongue-in-cheek lyrics, “Cake” certainly achieves that goal.

“Often, the B in LGBTQ feels invisible,” Todd explains. “I get such a sense of validation when I have this conversation with another bisexual person. We fall in love with humans, not because of their gender. All too often, though, what I see is people taking bisexuality personally because it threatens their own constructs of love and belonging and sexuality. This keeps many bisexuals closeted and afraid to come out for fear of being judged as invalid, fake, mal-intended.”

Aside from these songs, the album pushes listeners’ thinking around relationships, social equality, and self-reclamation. Todd hopes that in particular, it inspires women and girls to know their value and stand their ground.

“For the moments that inevitably require a power pose and a girl power anthem, I’d be delighted to know that even one woman found this song to be inspiring,” she says. “There are a record number of women in Congress right now. What a time to be alive. What a time to push play on this song and march through the roadblocks that will undoubtedly be there waiting. I just get giddy watching women taking their power back. No better time than now.”