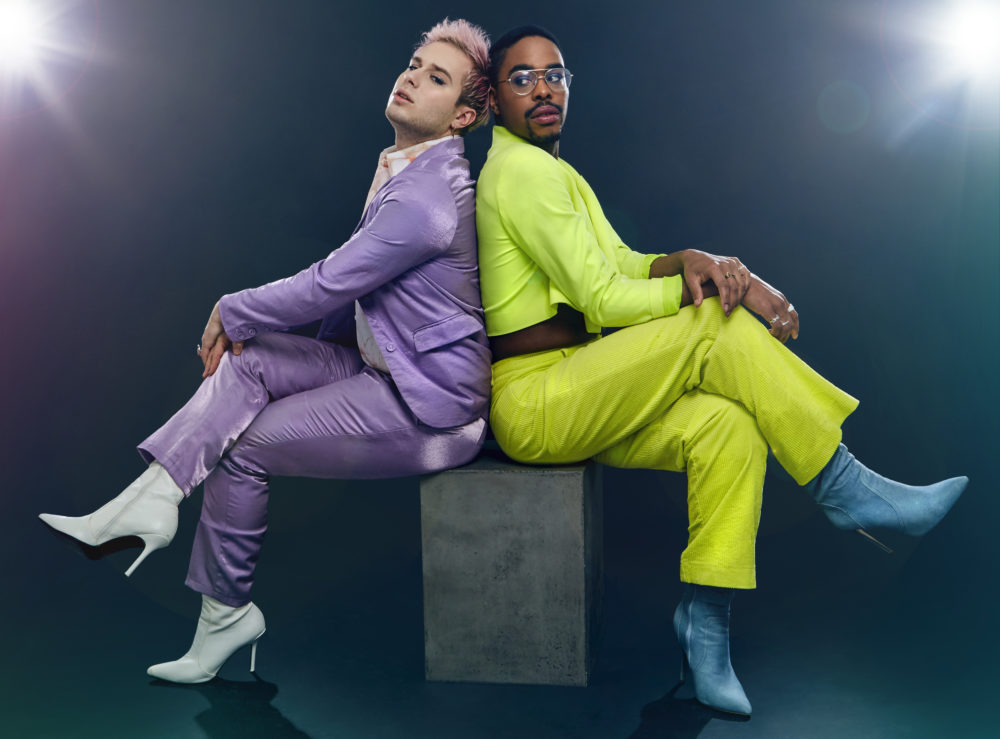 During a time of upheaval and turmoil, Fab the Duo’s music provides an uplifting message of resilience and perseverance. Today, the queer glam pop-rock duo is releasing their debut EP Our Love Is Resistance, which tackles LGBTQ rights and social justice more broadly on a political level, as well as their own experiences as a gay couple.

The members, Greg Driscoll and Brendan Eprile, met on Tinder three years ago and have been performing together for the past two years. The EP release was originally scheduled for April but got pushed back because of the Coronavirus. Truly, there’s no better time to share their debut with the world than Pride Month – and the songs have taken on a new meaning in light of the recent #BlackLivesMatter protests.

“We realized, as artists, it’s important to hear our voice, and we had to share the message for social change,” says Eprile, who also considers the release’s timing appropriate due to the recent Supreme Court decisions to protect transgender rights in the workplace and block Trump’s ending of the Deferred Action for Childhood Arrivals program.

The first track on the EP, “Our Love Is Resistance,” is the most political. The strings and theatrical singing, with lyrics that make powerful statements like “love trumps hate,” give the song a dramatic, anthemic feel, and the video was filmed at the Stonewall Inn, the site of the historic LGBTQ riots in the ’60s, with an intentionally racially diverse cast. “We decided to keep the video black and white to show how timeless this is,” says Eprile. “The Stonewall uprisings happened over 50 years ago, and it shows how what we were fighting for then is what we’re fighting for today.”

“No Prince Charming” and “I Want a Man,” deal with empowerment in relationships, and the last, “American Icon,” deals with redefining what it means to be American, particularly in terms of LGBTQ inclusion. “Every song has to do with a different element of love, whether it be self-love or world love, love for each other, love in a relationship, love of the world,” says Eprile. “Every song goes into this overarching theme of love, and we like to think this EP tells the story of our love – from where we met to where we are now.” The album is an important step toward representation and visibility for queer couples.

Musically, you can hear hints of pop artists like Lady Gaga and Beyoncé, as well as older glam-rock influences like David Bowie and Queen, combined with Driscoll’s musical theater background. Eprile says they aimed to infuse retro, blues, and rock influences into a modern sound.  Whether harmonizing or giving each other the space to belt a solo, the cooperative vocals reflect the EP’s overall message of simultaneously cultivating self-love and togetherness.

Self-love on its own can be an act of political resistance, Eprile points out. “Being who you are and loving who you love is so powerful in itself and does so much to change the world,” he says, “especially in times where there’s so much hate and anger and division.”

“I personally hope people get from this that love is achievable no matter who you are,” adds Driscoll. “I hope they realize that it can’t happen until you love yourself first, and I hope people realize that love has a lot of power in the world.”