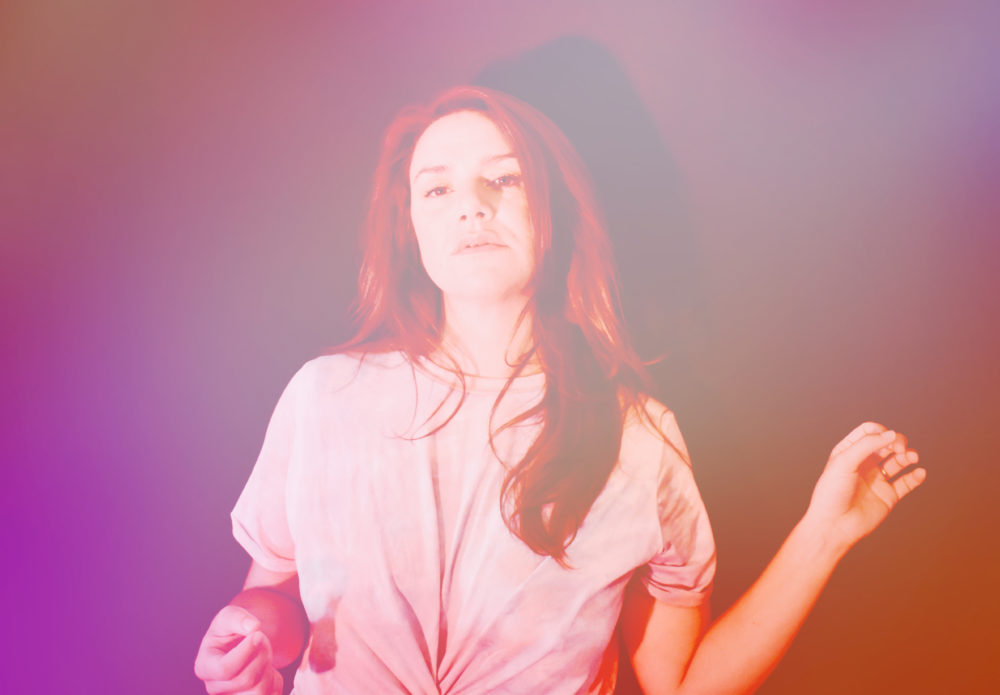 Though musicians are always singing about looking for love, it’s perhaps less sexy to sing about loving and caring for others — not just romantic interests, but humanity as a whole. But California-based indie pop band B & The Hive’s latest single, “Give Love,” hits on an undeniable truth: it’s the latter that gets you to the former.

“Only way to get your love is to give love,” lead vocalist Brianna Lee’s breathy voice repeats above funky electronic beats and laid-back, dreamy guitars. “It’s not far from where you are/The truest things, they never are.”

“I, like many humans, struggle with the selfish notion of taking,” says Lee. “I was sort of discovering [that] you get what you give. If you want to generate this energy in your own life, of goodness, of positivity, of love, you have to put it out there. And I was just witnessing that in my own life, so that was my way of capturing that truth.”

The instrumentation is fairly stripped down, mainly consisting of the band’s usual guitar, bass, keyboard, and drums, but it also includes a fun addition: The Gap Band’s Terry Scott overlaid a classic funk rhythm on the song. Barrett says artists like Daft Punk and Ferrell inspired the poppy, danceable beat.

“Give Love” was a hit during live shows; audience members frequently stood up and danced when they played it, which inspired Lee and Barrett to create a video of fans dancing and lip-synching to the song. “The second that we played it in front of an audience, it just clicked, and it’s become a fan favorite song of ours, so that’s definitely why we chose it as a single,” says Lee.

The single is off the band’s upcoming EP Heart Beat, which explores the topic of love from different angles. The title track was released at the end of July, which features slow, epic instrumentation evocative of The War on Drugs. Elsewhere on the EP, “Something Real” boasts more of an experimental rock aesthetic, and “Who You Are” has a catchy pop vibe.

“Sometimes, when musicians are playing, I tend to see where the energy is coming from inside of them, almost like what chakra they’re using predominantly,” says Barrett. “So I would say, if this EP had a chakra, it would be a heart chakra EP. It’s definitely a heartfelt EP.” Percussion tracks feature prominently throughout, connecting the songs with the feeling of a literal heartbeat. But the “heart” of the collection is also a feeling that stems from the joy and passion in the band’s live performances.

“When we write [a song], we go perform it for people before we record it usually, so we go and have this energy exchange with people when the song is still raw,” Barrett explains. “As musicians we try to connect with people at a deep level at our shows, so I think the heart energy is represented by the exchange of energy between us and the people we share our music with.”

Lee and Barrett, now a married couple, met at an open mic in Sonoma County over a decade ago and have been writing and playing music together ever since, opening for the likes of Alanis Morissette and the Goo Goo Dolls. Currently, the band also consists of Eric Novak (lead guitar), Hannah Joy Brooke (keys, backing vocals), and Hayden Gardner (drums).

Barrett and Lee have streamlined their recording process by creating a traveling studio of sorts, with equipment they carry on the road with them, which has allowed them to be prolific both when they were touring and now, as they’re quarantining.

“We have a studio set up in our bedroom, and it’s with us all the time on tour,” says Barrett. “We used to go into studios and spend thousands of dollars and hire a bunch of people, and if you’re not feeling it in that moment, you’ve got to do it anyway, and it just felt a little too controlled. So, we do everything ourselves, and that’s been really powerful for us and a good, sustainable thing.”

The name B & The Hive aims to convey the concept of female power and a “queen bee,” who, in this case, is Lee. “Brianna has a great stage presence, and we really work to back up her songs as a band, explains Barrett. “That kind of felt like a hive working together for the queen bee, putting her first and supporting her so we can all kind of do our best.”