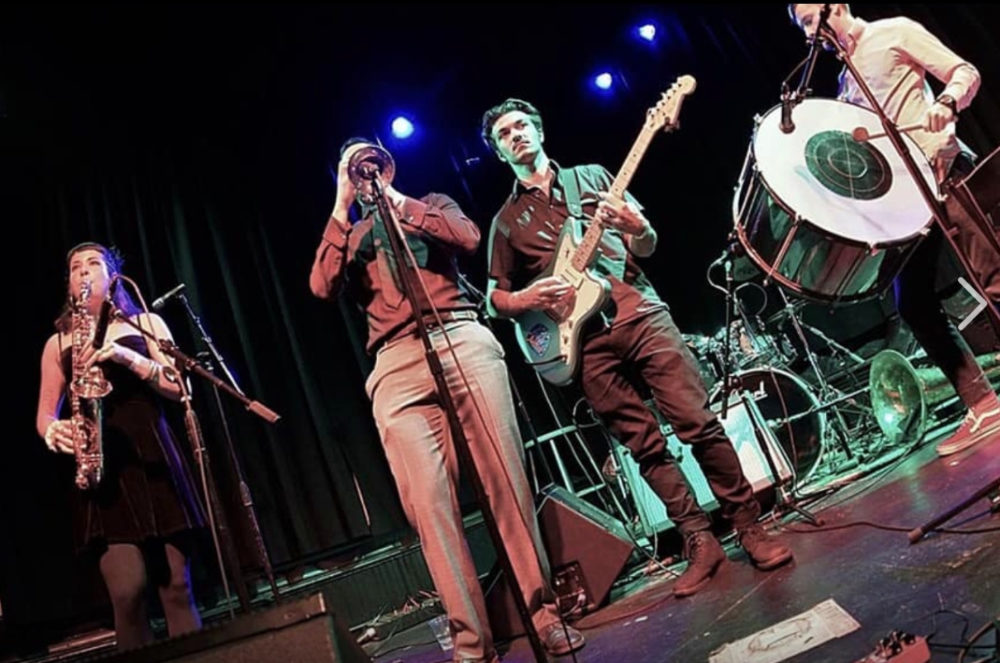 As far back as Seattle’s Eleni Govetas can remember there’s been Balkan music in her life. By seven years old, she knew the heat of a Greek summer well, winding through tobacco fields on dirt roads in the backseat of her parents’ car towards the twang of bouzouki in the distance.

“We’d drive with the windows down,” Govetas said, “and listen to find the party.”

After all, Govetas’ parents, Christos Govetas and Ruth Hunter, are two of Seattle’s most prominent Balkan musicians and the founders of Seattle’s annual Balkan Night Northwest, the biggest pan-Balkan festival in the region. Balkan Night Northwest, happening this year on March 7th, 2020, celebrates the cultural similarities among Balkan countries—instead of ongoing tensions.

“The fact that we can have a space [with Balkan Night Northwest] where we’re co-habitating with Albanians, Greeks, Turks and Croats, Serbs, all in the same room is pretty ground-breaking, even though we’re in the United States. These people have a lot of history and things to work through,” said Eleni Govetas.

Christos Govetas and Ruth Hunter met at a Balkan music camp, shortly after Christos immigrated to the U.S. from Greece in 1978. When Eleni and her brother Bobby were born, the family relocated to Seattle to be nearer to Christos’ sister and the large Greek community in the area. Annual trips to Greece were tradition and just one layer of Eleni and Bobby Govetas’ rich upbringing surrounded by Balkan music and culture.

“Community is really important to [my family.] We throw parties all the time at the house. Like 300-people-with-two-lambs-on-the-spit types of parties,” Eleni said.

It was during these sorts of music-forward gatherings, as well as at music camps and festivals like Balkan Night Northwest, that Eleni first got interested in playing and performing Balkan music herself. She began performing traditional Greek music with her parents when she was only nine, playing hand percussion instruments. Eventually, she asked for more instruments—like drums, a stand-up bass, a saxophone, a trumpet—and once she was older, started traveling to Balkan countries to hone her craft.

In November 2018, Govetas co-founded The Melez Band with trumpet player Benji Rifati, who is half Roma. The band also includes Mik Bewsky on electric guitar, and Govetas’ brother Bobby Govetas, on goč, a type of percussion instrument from Serbia. The band just got back from traveling as a collective to Macedonia to study with Džambo Aguševi, a “hot-shot” contemporary trumpet player who’s quite popular in the Balkans.

With The Melez Band, Govetas pivots slightly from her parents—who still play primarily Greek and Bulgarian music. Govetas is particularly interested in another subset of Balkan music—that of the Romani people in Macedonia—but she makes it clear that she is not herself Roma.

“We’re playing Rom music, but we are all white,” said Govetas. “Benji is half Roma, but we all grew up here in the U.S. It’s touchy what we’re doing.”

It’s touchy because, as Govetas puts it, Romani people are the “kicking dog of the world”—especially throughout the Balkans. “There’s a level of oppression and lack of respect and acknowledgement of this minority group being the life of this music. Balkan musicians [are often] taking songs written by Rom musicians and calling them their own,” said Govetas.

For her part, Govetas has spent the time to learn the Roma people’s culture and history of oppression, she says, so she can play their music as respectfully as possible. Govetas has also traveled to Macedonia and Greece to study the music from the Roma people first-hand, and the band works with the Eastern European Folklife Center and Balkan Camp to better understand how they can appreciate Rom music without appropriating it.

“[I think you must] really spend time before you open your mouth or blow through your instrument to put your ego and self aside,” she said.

When they aren’t travelling, The Melez Band seems to be answering a demand for something different in Seattle. They played quite a few gigs in Seattle last year, many of them at major clubs rather than the cultural centers or weddings where Balkan music is more commonly heard. This change in venue is very conscious, and one of several ways Govetas and The Melez Band try to make Balkan music—often written in odd time signatures and keys—more accessible to the average listener.

“Most people just don’t know about Balkan music. It’s not the easiest thing to listen to if you’re new to it. We’re trying to break that wall down and bring people in and show that it’s easy to like,” said Govetas.

The Melez Band will plays Capitol Hill’s Lo-Fi  at 9pm on Saturday January 25th, with funk band The Braxmatics and the soul-funk fusion of Holy Pistola.