“Columbus isn’t Columbus without you love,” Annie Clark sang, opening her 2017 single “New York” cabaret-style, stripped of her guitar, video projections, and samples. “It’s called ‘New York,'” Clark explained, “but you could substitute Columbus for it, and make your own tune with all of Columbus’ beautiful landmarks.” The crowd laughed.

In 2017, Clark – known by her musical moniker St. Vincent – released Masseduction, a large, conceptually-driven project energized by her singular talent as a guitarist. Live, those aspects were only amplified: the show was choreographed, with a pause half-way through for a set and costume change, and throughout the set Clark was washed over with images and video from the project. 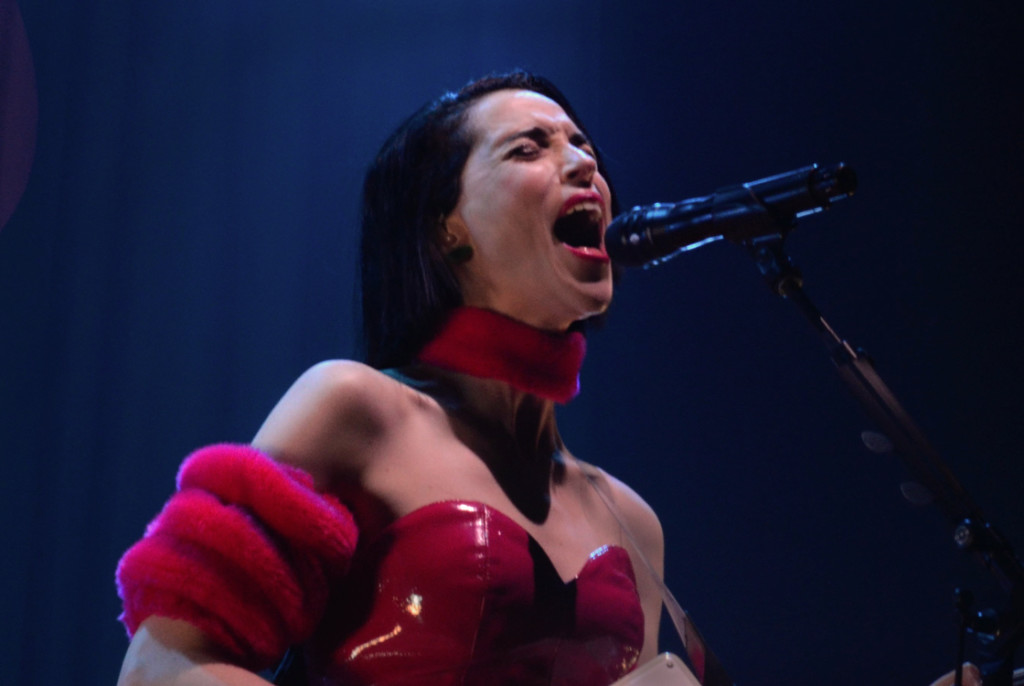 It’s a challenging album, made all the more so by the media Clark has paired with it – clips of bugs made to look like sushi, paper which reverses its shred, bodies wrapped with gauze – but that complexity pays off in dazzling guitar riffs and vocal runs. Engaging with Masseduction, in all of its brimming content, is satisfying because it is unnerving and difficult at the same time that it is joyful. In other words, if you wanted to dance with abandon at the same time you were considering the emotional price of physicality, Masseduction is the album for you, and St. Vincent the artist to see live.

It was an exciting show to start 2018 with. St. Vincent is an artist that makes me want to make more art, and I felt present and alive in my pursuit to get a good camera shot of such a dynamic performance. I felt weepy, too: when Clark gave a special shout-out to her aunt and uncle, who opened the show; when she recognized folks who don’t fit into genders of “either category” before launching into “Sugarboy;” when, after a fan shouted “I love you!” to the stage, she responded, with patience and care, “I love you too, very much;” when I walked home, my skin tight with the anticipation of creation.

Watching artists play at large venues can sometimes feel isolating. But last week at Express Live! in Columbus, I felt grateful and happy to be where I was – inside from the snow, surrounded by joyous, glittering fans, watching a performance crafted by deft hands. 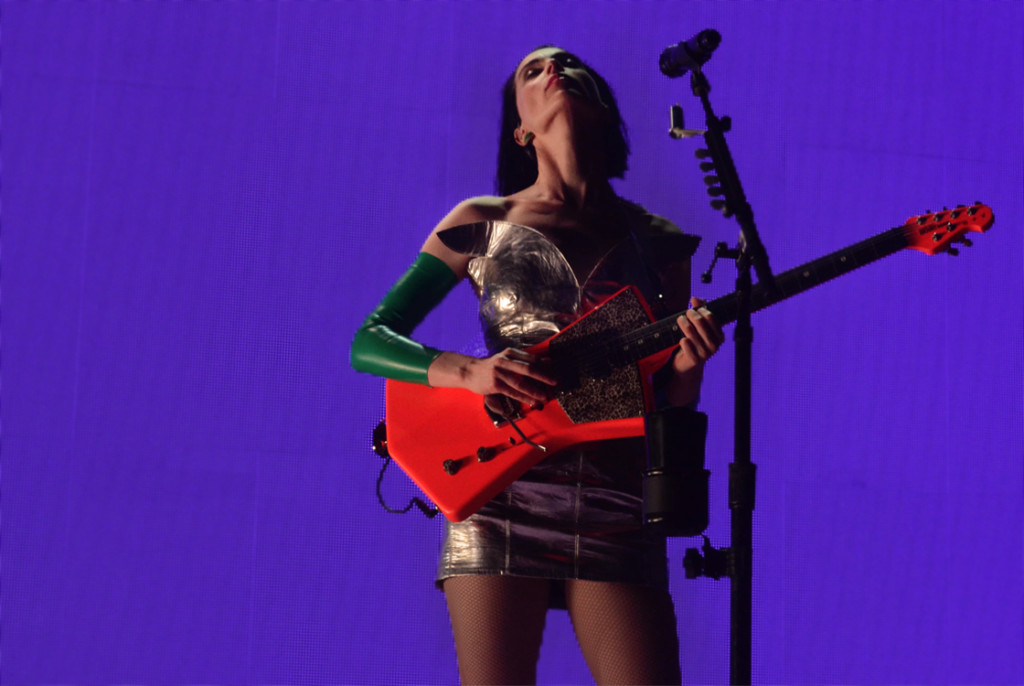 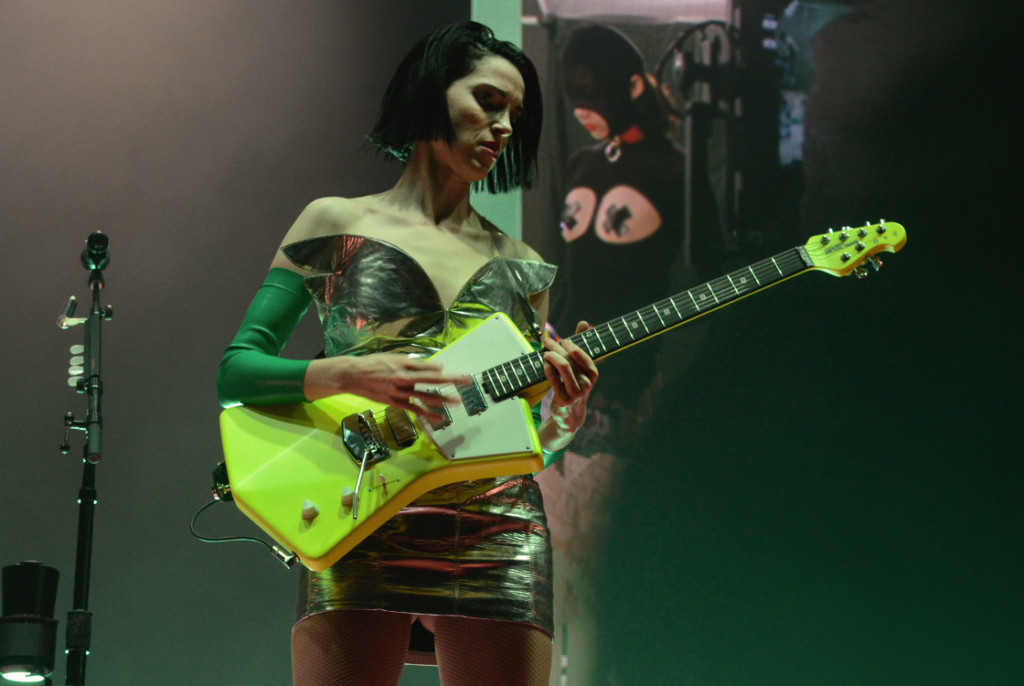