Columbus’ Saintseneca has grown a lot since their start in 2007. But when they returned to Columbus on tour, playing two sold-out nights at Ace of Cups, it was clear that their hometown base hasn’t budged.

Joined by two other burgeoning local acts – Counterfeit Madison and Connections –Saintseneca’s show last Friday night was packed wall to wall with clearly joyful fans. And the joy was for good reason: along with buoyant performances by all three bands, the night was filled with affirmations of Columbus’ local music scene. Acts gave frequent shout outs to each other – and Ace of Cups’ sound engineer, Nick – often expressing disbelief at the luck they had in playing alongside their colleagues. Selling out a local bill on a larger stage doesn’t happen often (let alone twice) and it felt good to witness.

By the time Saintseneca took the stage, the crowd had thickened and warmed, and they poured themselves into the front of the room to press closely to the band. It was an impressive set-up – four of the five touring musicians lined up next to each other at the front of the stage, each of them with a full row of pedals and synths. They looked like a team. And when the band, at once, burst into play, the coiled energy that they had built together paid off in a big way.

Though the show felt, energetically, like a homecoming, the band itself continues to grow and change. Saintseneca released two new singles in 2017, which they played on Friday alongside their classics. The band also played material from a forthcoming album, which they’ve said is expected in 2018. But all of this material is compelling for the same reasons that the four-track, self-titled 2009 EP that started it all was – the musical complexity and depth, paired with sharply tuned songwriting, feels at once plaintative and deft. 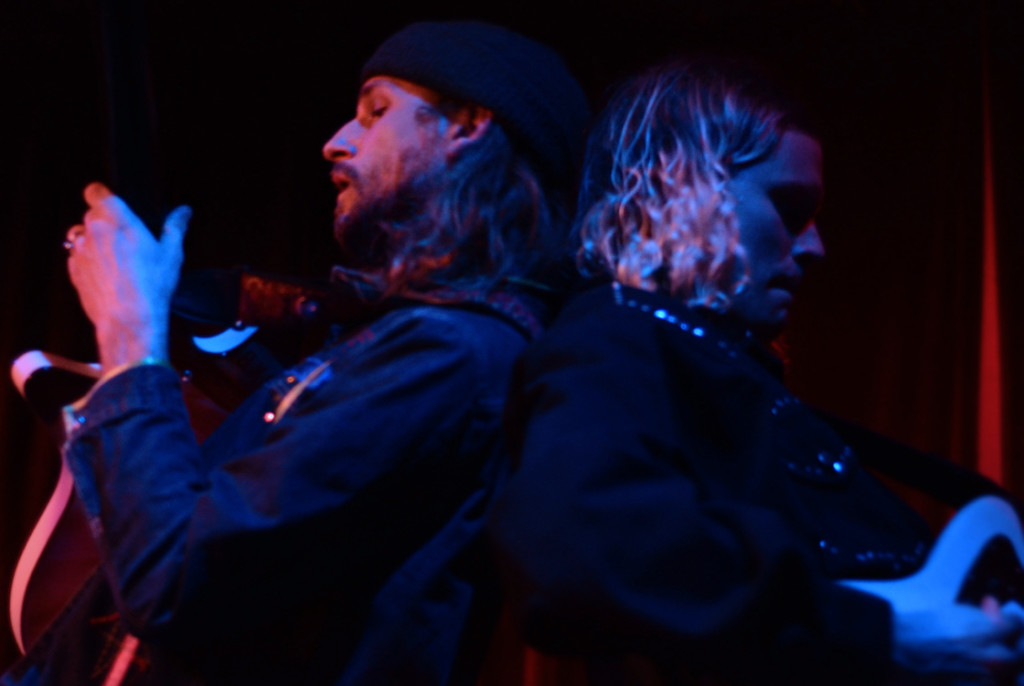 The set itself was varied in composition: singer-songwriter Zac Little took the stage alone for several songs (while the rest of the band sat criss-crossed on the stage and watched, a move that I found very endearing), and the members often switched instruments. Twice, the band invited flautists Lesley and Laetitia onto the stage to play alongside them. With the flutes’ notes bouncing against the fullness of Saintseneca’s string selection, and wafting up to the high ceilings of the bar, the whole space felt transformed into a place of reverence.

Sharon Udoh of Counterfeit Madison expressed a similar sentiment during her set. “I live seven minutes away from here,” Udoh said to the audience, “and I want to talk about the privilege we have of watching Saintseneca perform.” She continued: “I grew up in church, and last night watching Saintseneca was one of the most religious experiences I’ve had.” 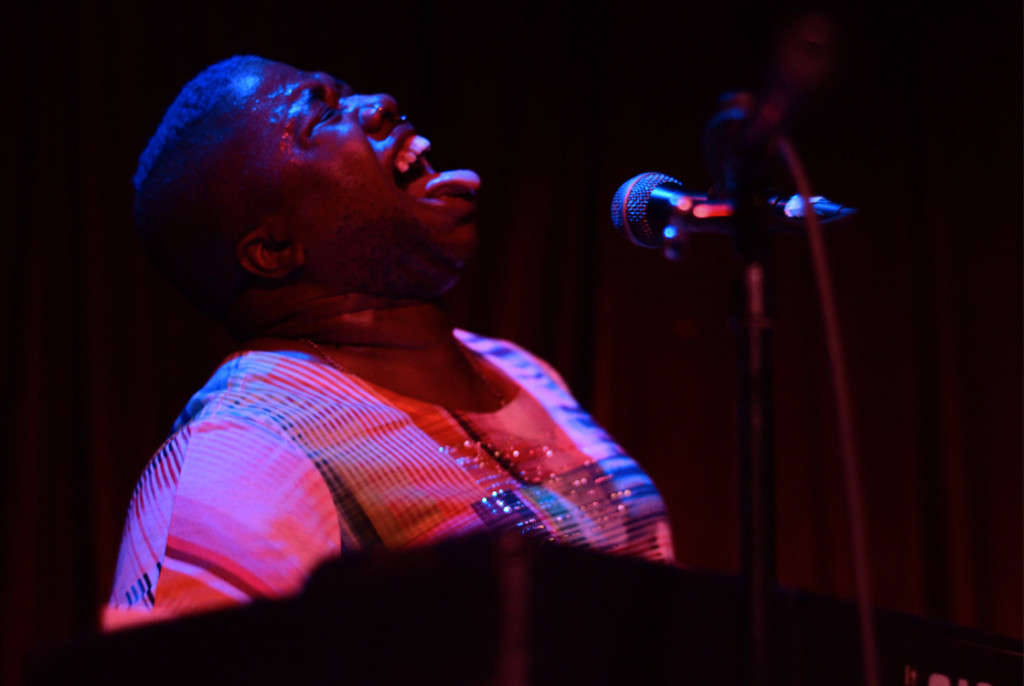 Udoh’s performance, too, was remarkable in its fervor. Each song from Counterfeit Madison’s debut feels intensely crafted, as though many different musical threads were woven tightly together to make songs which spring forth with energy. That energy is only further intensified onstage. Udoh and her band screamed, smiled, and laughed; Udoh’s physical presence on the stage was very much a part of her performance too. As she sang, Udoh flung her microphone onto the ground, picked up her keyboard to play it sideways, and at one point, threw her body into the crowd to finish the performance while writing on the ground. 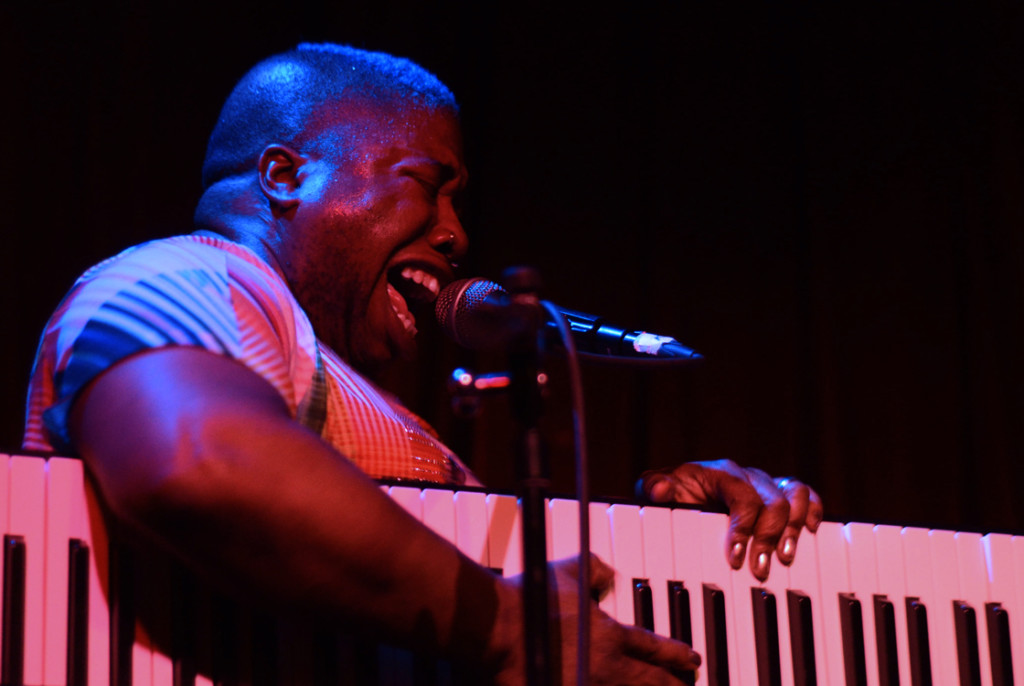 If Counterfeit Madison’s performance was punk in its inhibition, it was also sweetly sentimental. “Bitches,” Udoh announced to the audience at one point, “I’m a queen. But Connections and Saintseneca are heroes, and I’m really proud to be around them.” Taking a step back and surveying the audience, Udoh continued: “I need to stop before I start crying.” It was a sentiment that many others in the audience, I think, echoed. By the end of the night, I would have been surprised if no tears had been shed. 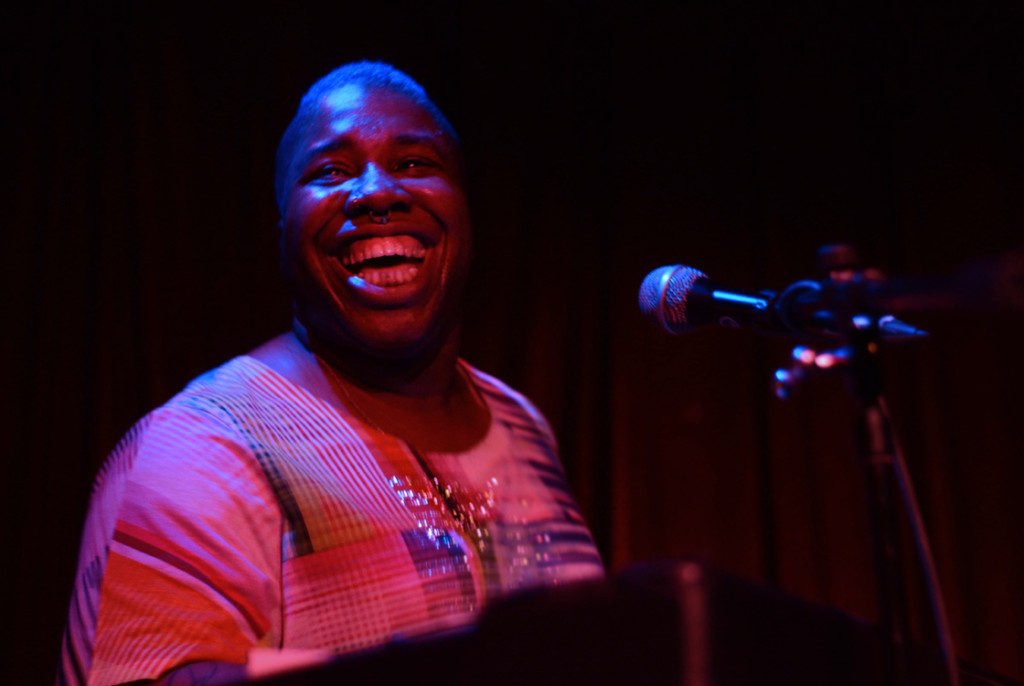