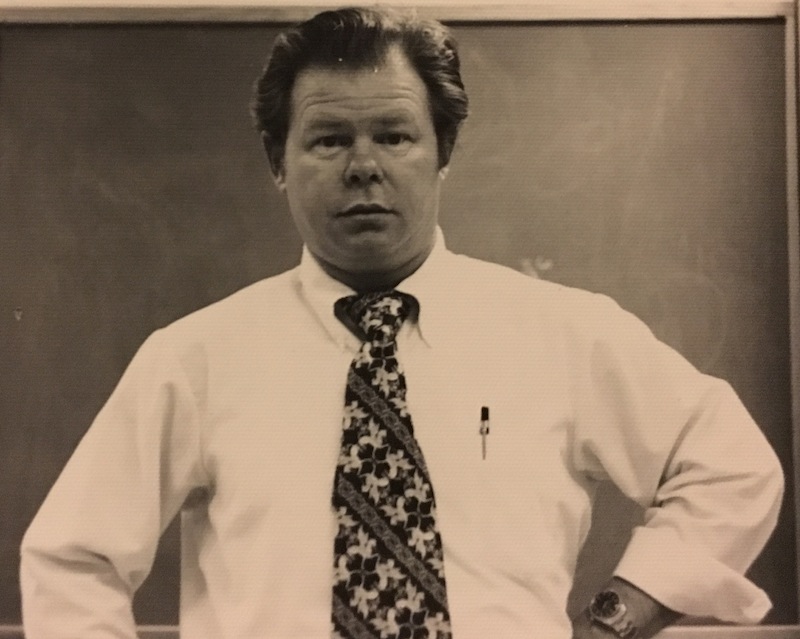 I am a scavenger, perhaps an opportunist, although that doesn’t sound very rugged. Ever since moving to New York in 2008, I’ve developed a wild thirst for the “hunt” whenever I return to either of my parents’ homes. The “hunt” occurs when after only moments of being beyond the doormat, all I want to do is rip through bookshelves, closets, photo albums, the garage, etc. It is a side effect of my severe addiction to nostalgia; a dangling carrot suggesting that around every nook I might find something exquisite. And, I typically do.

Despite the virtue of minimalism, I’m grateful as hell that my parents, especially my mother and grandparents (who we called Papa Charlie and Yaya), have saved so much over the years. At times, their collections verge on the side of hoarding. I once opened a drawer in Yaya’s house to find, among other useless knickknacks, a mason jar filled with tiny rosettes she’d fashioned from gum wrappers. There was nothing utilitarian about her “collecting,” but how can you deny the artfulness of such a thing? I couldn’t throw them out. 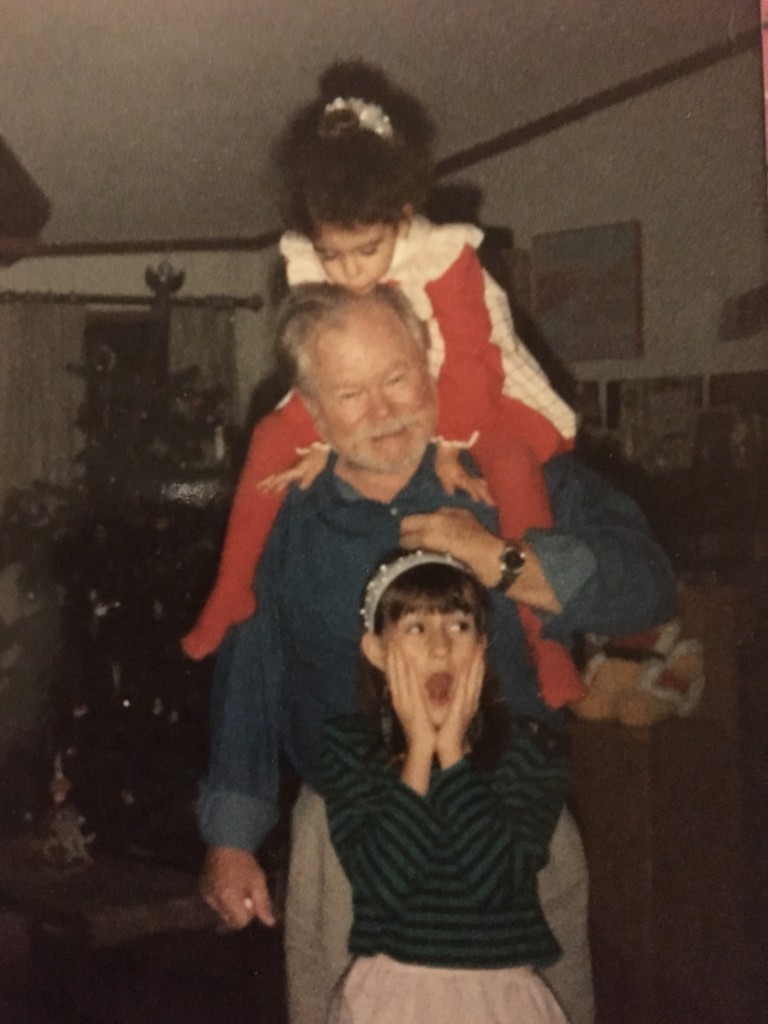 I could write a book gushing over all of Yaya’s clothing and bizarre creations I’ve acquired over the years, and someday I just might, but as I sit in my grandparents’ living room in Huntington Beach, California, it is Papa Charlie’s record collection that is scoring the evening.

Traditionally, I think of the “musical side” of my family as stemming from my father’s half of the tree, with so many songwriters weighing that branch. But, it was Papa Charlie who upheld the musical fanaticism on my mother’s side. As I flip through the dusty stacks of Charlie’s vinyl collection, my mom stands in the kitchen reminiscing about her wily dad.

“Back in the day,” she says, “after my mom would go to bed, he would whisper, ‘Go get another bottle of wine,’ after already drinking two or three, and we would just sit in the living room listening to jazz and big band, getting smashed. He would say, ‘Oh! Oh! Listen to that! Isn’t that marvelous?! Do you hear that?!”

I’ve certainly inherited Charlie’s propensity to always have a favorite part of a song, and then subsequently shove it down peoples’ throats while listening to it. I also share his need for ritual while playing records-attentively putting them on and just sitting and listening. 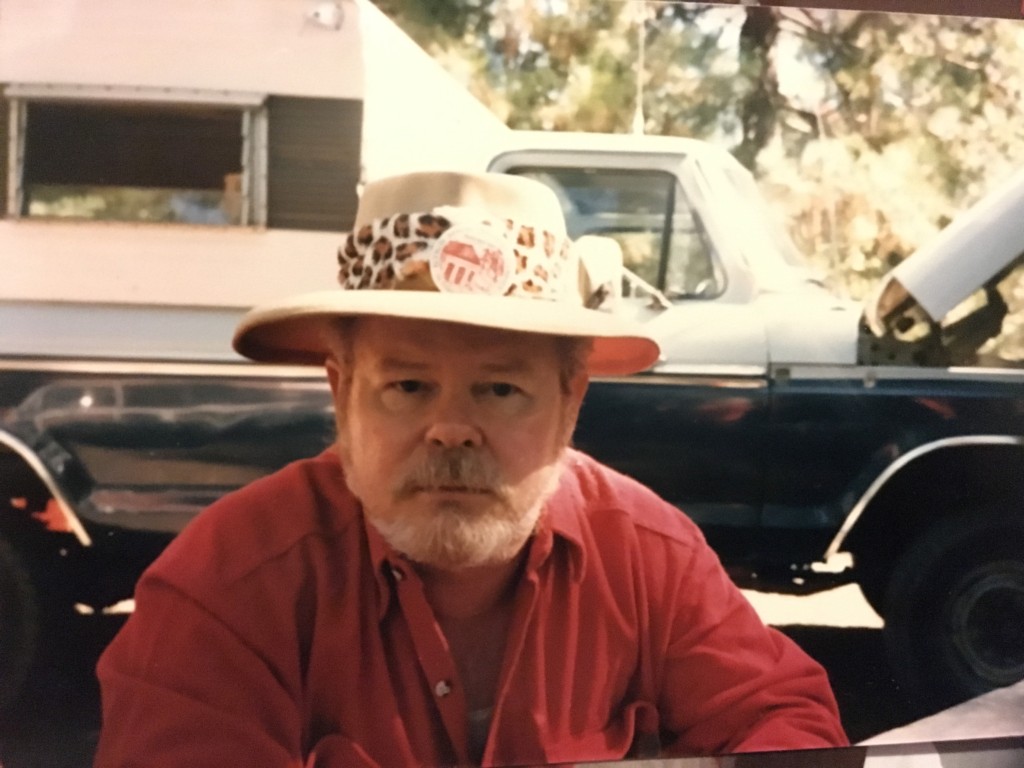 Charles Priddy passed away in 2002 near the Texas County he was born in. At the time I was on the heels of 13 – in peak preteen misery. I had relinquished the clarinet for electric bass in the hopes of making it as a punk musician someday. Papa Charlie, who was a devout fan of big band clarinetist Benny Goodman, was noticeably disappointed when I abandoned the woodwind. I couldn’t understand why. I had never thought of Charlie as an interesting person when I was younger. I knew he was a geologist, and one of the few members of my family who went to college. I knew he was an immense connoisseur of wine and rich food. I knew that he used to bury fossils from all over the world in his Orange County yard to “confuse future scientists.”

It was only years after his passing that I came to realize we would have gotten on famously. Today, as I flipped through his vinyl, through Django Reinhardt’s Swing It Lightly, Tex Ritter’s Blood On The Saddle, and countless albums of jazz, big band, bossa nova and flamenco, I wished more than anything I could sit with him, a glass of Syrah in one hand, just listening. I wish I could relay to him that my musical tastes have broadened since we last saw each other, and that with all the “noise” I love, I also dig on Artie Shaw and Art Tatum and Sergio Mendes, just like, and probably because of him. We would have a whole hell of a lot to talk about; food, my Yaya’s native Spain, our collective disbelief in god, food, and of course, music.

Charlie was someone who was absolutely full of surprises, darkly hilarious, and smart as a whip. I credit all of my sarcasm and black humor to him, for better or worse. After he passed my mother was attempting to clean out a closet filled with cases of wine in his California home. Tucked away in a dirty little corner was a stack of Charlie’s vintage Playboys. The scoundrel.

But his reading habits weren’t solely of the centerfold kind. He was a massive fan of Hemingway, and shared the author’s love of Spain. When he married Yaya in the ‘50s, he quickly learned her native Castilian tongue and would take my mother and his wife back to the homeland often, stopping at as many of Hemingway’s old haunts as he could locate. On more than one occasion in such an establishment, my mother would look around at the bar, quickly noticing the dress of the female waitresses.

“Dad, are we in a brothel?” She would probe. Charlie would glance side to side. “Shh. Don’t tell your mother.”

His love for Spanish culture is evident in his record collection as well, with piles of flamenco LPs and recordings by classical Spanish guitar players such as Andrés Segovia.

My grandfather was a scientist and a romantic all at once. He could easily break things down with materialist logic, but he chose to save that for the workplace. He was a sort of bacchant, relishing in life’s edible and artistic pleasures with a pagan fervor.

My discoveries of the day do not shock me for the most part…though there is one outlier I don’t understand. Throughout my sifting I found a fair amount of German folk music. I ask my mom about it and she confirms that he loved polka in addition to Dean Martin, Mel Tormé and Edith Piaf.

“We used to go to this place in Anaheim called the Phoenix club,” she says. “It was a German spot and they used to have live polka music. One night he and I were quite a few beers in and we were dancing all over the place-so hard, that grandpa fell right on top of me on the dance floor. Yaya had to drive us home, cursing at us is Spanish as we drunkenly sang polka songs in the back seat.”

I continue to dust off albums, and there before me is a record that explains it all: For Singing And Dancing: Beer Drinking-Songs by the Zillertal Band. A nice marriage of interests, at the very least. 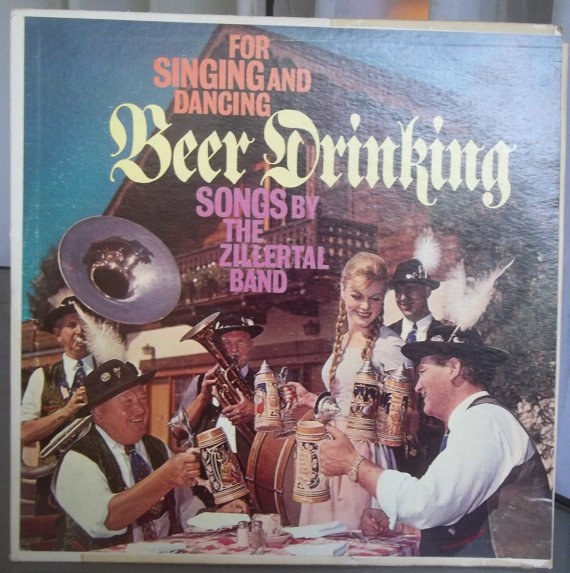 I of course cannot turn back time, or resurrect the dead. But I can sit in Charlie’s armchair, and put on Taboo by Arthur Lyman with a glass of wine in one hand, shouting “Oh! Oh! Listen to that! Isn’t that marvelous?! Do you hear that?!” to no one in particular. And sometimes, that’s enough.