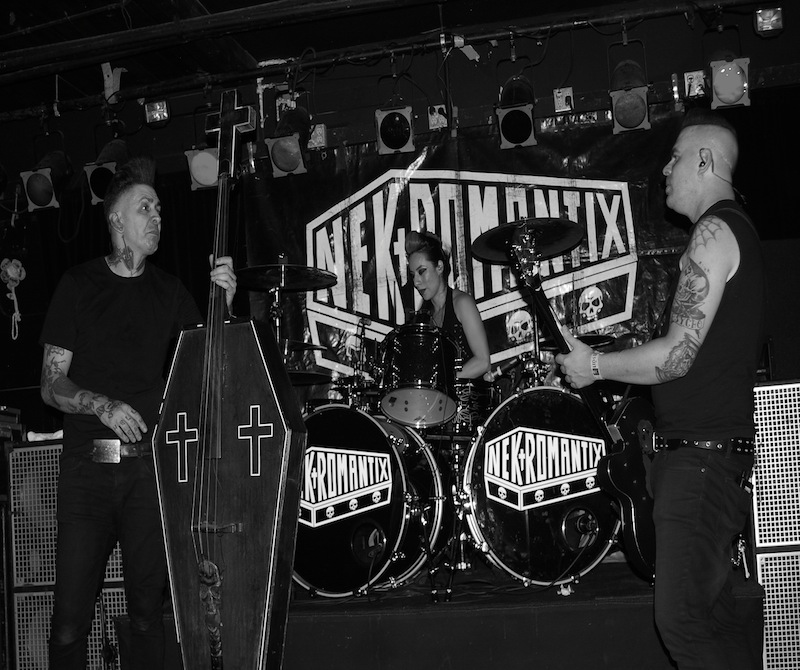 You probably remember the years leading up to the nationwide smoking ban.  It was oddly enough Ireland-home of the dingy pub, that first did away with smoking sections in bars and restaurants.  Today it seems unspeakable that non-smokers and babies alike were once held captive in the local diner, forced to ingest a carcinogenic smog alongside their meal.  It is easy to look back on those days as less healthy time, an indulgent, old fashioned era, but I think of them only in a positive light.  Those were the years I discovered punk rock, live punk rock-surrounded by clouds of billowing nicotine no less.

In the early 2000’s, I didn’t smoke, but years before the ban took effect I’d manage to concoct a very romantic idea of cigarettes, one that I may shamefully still possess today.  I could perhaps attribute it to the particular sect of middle schoolers that piled in cars after class, filled up the largest booth Arlington’s Denny’s had to offer, and chain smoked while downing bottomless coffee.  They sat for hours, never ordered anything requiring a plate, and would most often leave without tipping, sometimes without paying at all.  They left ashtrays exploding with crinkled butts in their wake, and though I didn’t agree with their table manners I was transfixed by their tight black clothing, their angular haircuts, and the identical white skull they all seemed to sport on t-shirts and book bags.

These kids, punks though they were, remained oddly exclusive.  They held court at Denny’s, and were selective with their invitations.  Perhaps I was too young, or didn’t have the right outfit, or any cigarettes to spare.  But they had something I wanted, yet would never acquire from them-nor from Denny’s for that matter.  They had subculture, a community, a tribe.

The clan I lacked seemed as though it would never be found, at least not in Snohomish County.  But it was waiting for me at Graceland, now El Corazon, a smokey club just off of I-5 in downtown Seattle.  It had gone through many iterations as a nightspot in prior years-The Off Ramp, Sub-Zero and Au Go Go to name a few.  Those who saw the venue in its pre-Graceland days were witness to Pearl Jam’s earliest gigs, Nirvana’s first Seattle show, and numerous sets from the likes of Mudhoney and Soundgarden.

Though my time at Graceland didn’t boast the same historical gravitas, on a personal level it is a fixed point in memory; the nucleus of an entire period of musical education.  Mine wasn’t a lesson in grunge, but punk rock, and it began on Valentine’s Day in sixth grade.

Up to this point, my introduction to punk rock had been piecemeal and happenstance.  The older sibling model for cultural osmosis did not apply, because my only live-in sister was entrenched in the rave scene, which at 12 perplexed me.  I wouldn’t understand music sans guitars for years to come.

I’m not certain what it was that drew me to punk initially – maybe it was that naive idea kids have that we can actually achieve individuality by adhering to a subculture, by wearing the uniform and honoring the customs.  Or was it the rebellious allure of the Denny’s set?  Perhaps I just wanted to believe there was more to talk about than Pokemon and Beanie Babies.

More than anything I suspect it was the clutch of a gnawing preteen anger that made punk so attractive to me.  I felt at odds with my peers, simultaneously despising them and wanting their affection.  I therefore needed a mode of aggression, a manifesto to legitimize my ambivalent rage.  Punk seemed to be the only club accepting of such antisocial sentiments, a therapy that didn’t ask why you were furious, but simply handed you the boxing gloves.

Despite the driving emotions, my entree into punk music wasn’t as badass as I’d like you to believe.  There was Sum 41, and Greenday, and Blink 182, and Rancid.  The latter was casually recommended to me by Amy, the teenage shopgirl at my dad’s mercantile.  My long term love affair with Social Distortion also came about by chance.  My cousin’s then-boyfriend was getting rid of CDs by the boxful, and among those disks was the band’s 1998 release Live At The Roxy.

It was an album I played on repeat for months.  To this day I can’t put my finger on what it stoked in me.  By later comparison it is nothing revolutionary-a pretty mild, straightforward rock n’ roll record with a few f-bombs and a guitar solo backing every bridge.  Maybe your first favorite band is more about timing and convenience than it is choice-like your first crush at school.

Before Graceland I had been dipping my toes into punk; after I was fully submerged.  According to an archive page from punknews.org, 2.14.2002 was in fact the date of my first punk show, which was a compilation gig embarrassingly titled: Punks vs. Psychos.  The original bill was Tiger Army, Lars Frederiksen & The Bastards, Nekromantix, and the Distillers.  The idea being that half of the bill were punk bands, and half psychobilly, a sped-up version of rockabilly with horror film lyrics.

Having caught wind of my burgeoning musical interests, family friends Shannon and Steve rode in to the rescue: the Punks vs. Psychos gig was entirely their idea  It’s funny how the adults who have known you since infancy suddenly become shepherds of cool.  These guys had seen The Clash, been to England, and had a seemingly limitless supply of secondhand Doc Martens to gift me.   They even had a nephew, Keenan, who quickly became my accomplice in the search for anything punk as fuck in our sleepy cow town.  They were like punk rock fairy godparents.

It took over an hour to drive into Seattle.  The evening was particularly thrilling not only for the culture shock, but for the taboo: it was a school night.  Before door time, Shannon, Steve, Keenan and I made a pit stop at Dick’s Drive-In, an institution well known by Washingtonians.  Dick’s is a golden-era burger joint that’s been around since 1954-which is truly arcane for the West Coast.  They serve greasy fare impervious to requests of  customization.  No add this, no hold that.  It’s the opposite of Burger King.  Want it your way?  Fuck off.  Come to think of it, Dick’s is more punk rock than I ever realized.

Being a drive-in Dick’s had no place to sit, so we took our feast to the car, American Graffiti style.  We each devoured the divine trio of cheeseburger, french fries and milkshake.  Despite the sating meal I was wracked with nerves, expecting the kind of rejection I’d found at Denny’s-or worse.  As we pulled past Graceland to park the car I saw a slew of punks lined up alongside the venue’s exterior, which was painted a menacing combination of red and black.  All against the wall were ornate biker jackets overpopulated with shining silver spikes crowding the shoulders like barnacles on the hull of a ship.  Mohawks, Docs, torn jeans; the whole stereotypical bit.  Then of course there were the psychobilly kids: men with slicked-back ducktails and cuffed jeans, and chicks touting Rita Hayworth hair and red lipstick.  The aesthetic dissonance between the two clans made me feel like I was witnessing The Outsiders or West Side Story.

As we hitched ourselves to the end of the line I could feel curious stares from all around.  It was an all ages show, but it still must have been odd to see two 12-year-olds in attendance, and goofy looking ones at that.  My jeans were too baggy.  My leather jacket was all wrong, more bomber than biker.  And, in a sad attempt to get a pixie cut, I’d been left with a dense pompadour dyed “chocolate cherry” via Feria boxed color.  I’d heard it was dark inside, and I was looking forward to it.

Even better, the audience was shrouded in smoke, a welcomed invisibility cloak for me.  It was difficult to see anything in fact, given the atmospheric fog, but also because everyone was much older, much taller, and their hairdos added a decent four to six inches on top of that.  I’d never seen anything like it.  I thought punks-actual punks-had died out in the 80s, when they became two-dimensional villains in b-movies.

It wasn’t long before word got around the venue that half of the bands for the evening had cancelled.  The bill turned out to be near punk-less as both The Distillers and Lars Frederiksen & The Bastards had cancelled.  Local punk-ish band Mea Culpa had been tacked on last minute, but  what was supposed to be my first punk show ended up being my first psychobilly show, which I was excited about because I knew no one at school would know what the fuck that was.

A large portion of the set is blurry to me, perhaps because the air itself was blurred by all that smoke.  Or it could have been the impromptu bloody nose that was summoned by the dryness in the room (this was a great thing because all of the girls in the bathroom assumed I’d been punched).  But I sharply remember the moment Nekromantix took stage, all armed with instruments like I’d never seen.  Frontman Kim Nekroman’s upright bass was an enormous coffin crowned with a cross headstock.  I remember how menacing they seemed to me at the time, singing freely of murdering cheerleaders, necrophilia, and the underground muse to many artists, Bela Lugosi.

The very chord of their first song hurled the crowd into a fit.  The room began to churn in a circle  pit, fists flailing in every direction and girls and boys alike tumbling to the floor repeatedly.  In hindsight it’s all camp, but at the time it was equally thrilling and terrifying.  The seemingly pointless aggression intrigued me, and I knew in that moment there was no going back.