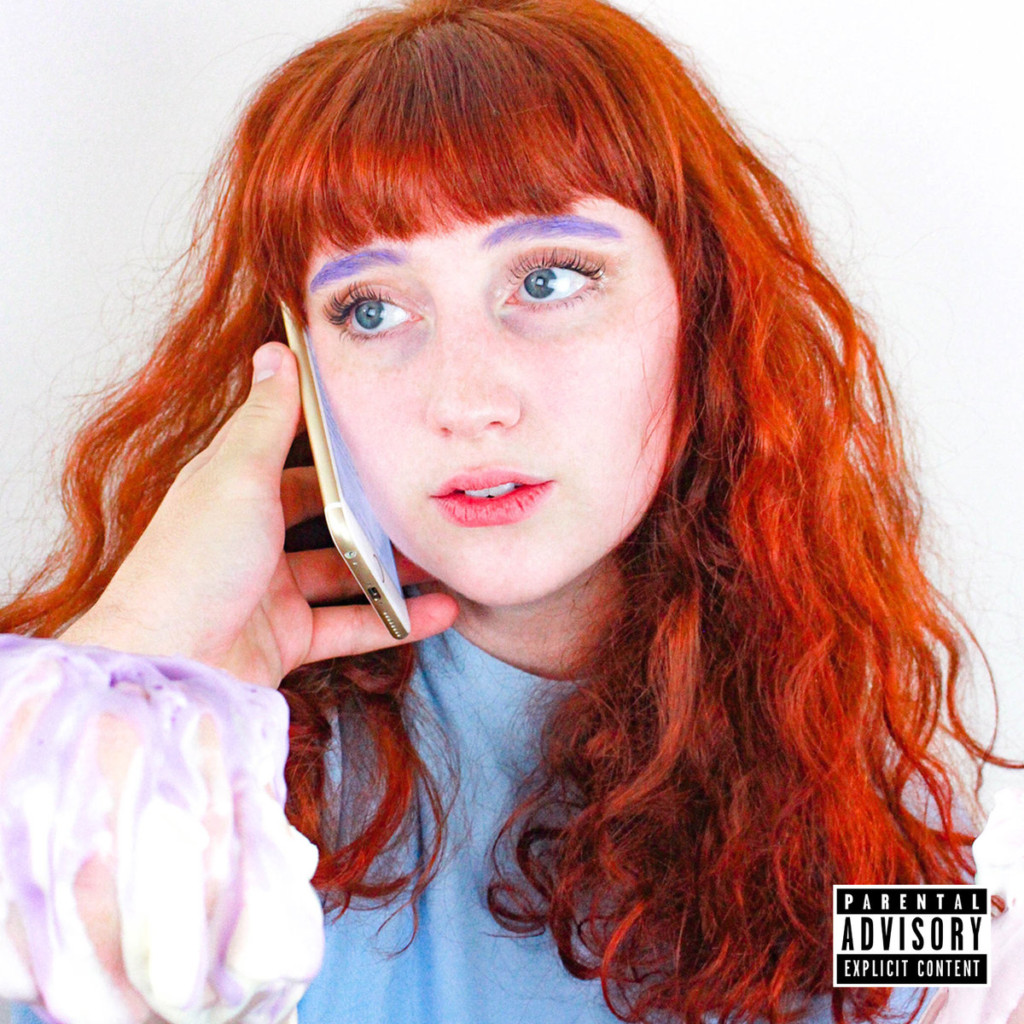 I always end up sprinting through the lower Lower East Side, the annoying part 15+ minutes off the L, Mercury Lounge and Berlin and all those dive bars I’ve cried in and made out in—usually on the same night. I sprint because I am always late, just like I was late to Avery Mandeville and the Lords of Liechtenstein’s dual album release show at Pianos. It was a classic case of, “I’ve heard of them but never listened to them,” mainly because Friday’s entertainment all hailed from my area of New Jersey. I ran away from that world, that scene, harder than I ran to Pianos, but there is a hometown solidarity that forced me—and a bunch of transplants—out that night.

In New Jersey you have friends. In New York you have allies.

The bigger draw was the album cover of Mandeville’s Salty EP: the flame-haired, lilac-browed songstress on her iPhone, an adoring gaze contrasting with the “Parental Advisory” sticker clashing in the corner. It was pleasingly emblematic of her half acoustic, half electric set. Her skill is in using her silk taffeta voice—quality, with a textural stutter that tapers off certain phrases—to tell thoroughly modern stories without making it like a novelty.

The sweetness comes across unplugged in tracks like “Alexander,” prefaced that it was written during her time spent living in this “beautiful, horrible city.” Who knows what drove her out of here—for artists I see the only excuses as financial recuperation or death—but I understand the ache of “I can’t save you, I’m a stranger from the sea.” A shore siren found over her head in brackish city waters… yeah, that makes sense. 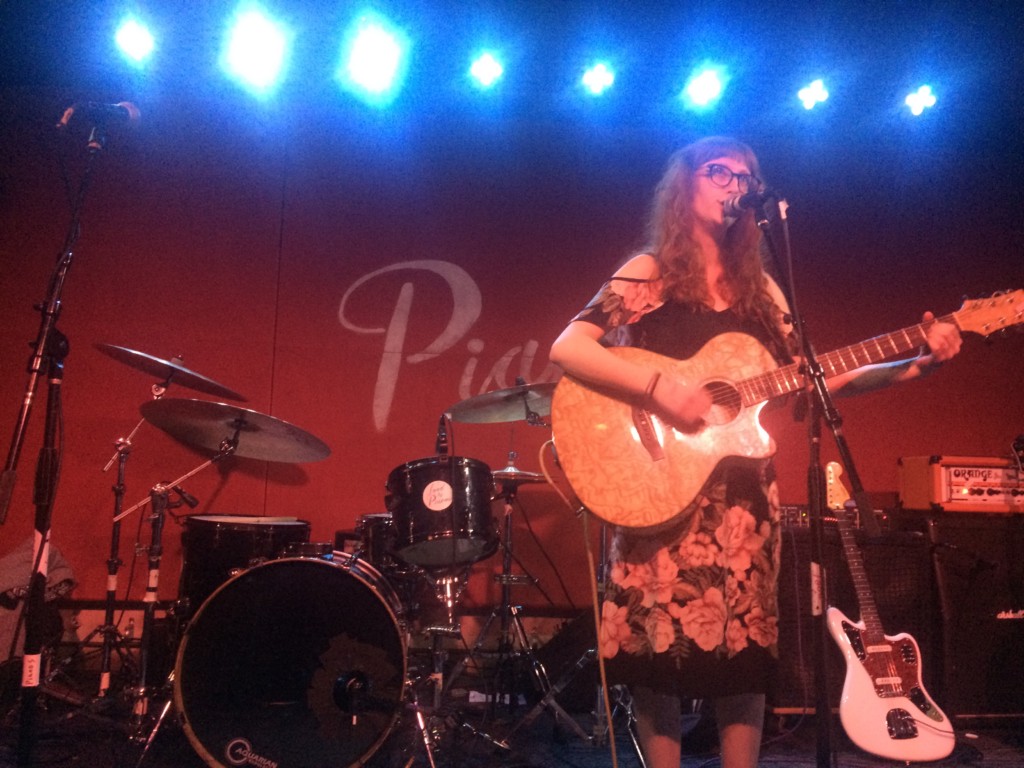 When joined on stage by her backing band the “Man Devils” (a…ha) she gets an energy boost, the wobbling guitar solos certainly not hurting her case. But her power is her own songwriting, when she brings the coarse language and internet era touches to her tracks. This is best heard in “Dick Pix,” from the “House of the Rising Sun”-esque intro to the sass behind the line, “You guys don’t intimidate me, I got my leopard jacket and my new haircut.”

Lords of Liechtenstein were next, veterans in the New York folk scene with that air of, “Wait, did I go to high school with these guys?” Fronted by brothers Noah and Dan Rouchwerk, the Lords’ fourth album Downhill Ride to Joyland is characterized through and through by ping-ponging lead vocals. It was those harmonies that I tuned an eager ear for—why form a band with your sibling if not to create such a pleasing melodic blend?

The friend who invited me to this show prefaced that the Lords were definitely “Not My Thing,” and I’m not going to counter that statement. Country folk is a hard sell, and choosing to lapse into a country accent when you’ve probably done Inkwell open mic nights and downed many, many pork rolls (Taylor Hams?), is a harder sell. Nevertheless, the part of me that loves Neil Young can appreciate the quiet beauty in “Utica,” a song about wrongful imprisonment.

Really, their schtick almost relies on a proud nerdiness, and like the argyle sweater vests they don on stage and the replicas they sell in the merch booth, they wear it fairly well. There’s a bravery in taking those unconventional, even dark detours in history, be it a theoretical Jonestown rally song with “Kool Aid” or a lament over the anti-Semitism of Roald Dahl in “Long Lost Boy.” They’re also comfortable rocking really tiny instruments, which kept my eyebrow perpetually raised. Ultimately, the Lords’ sound works best on the more leveled, gentle end of the spectrum, although I’ll cop they can pump out a very enthusiastic Paul Simon cover. 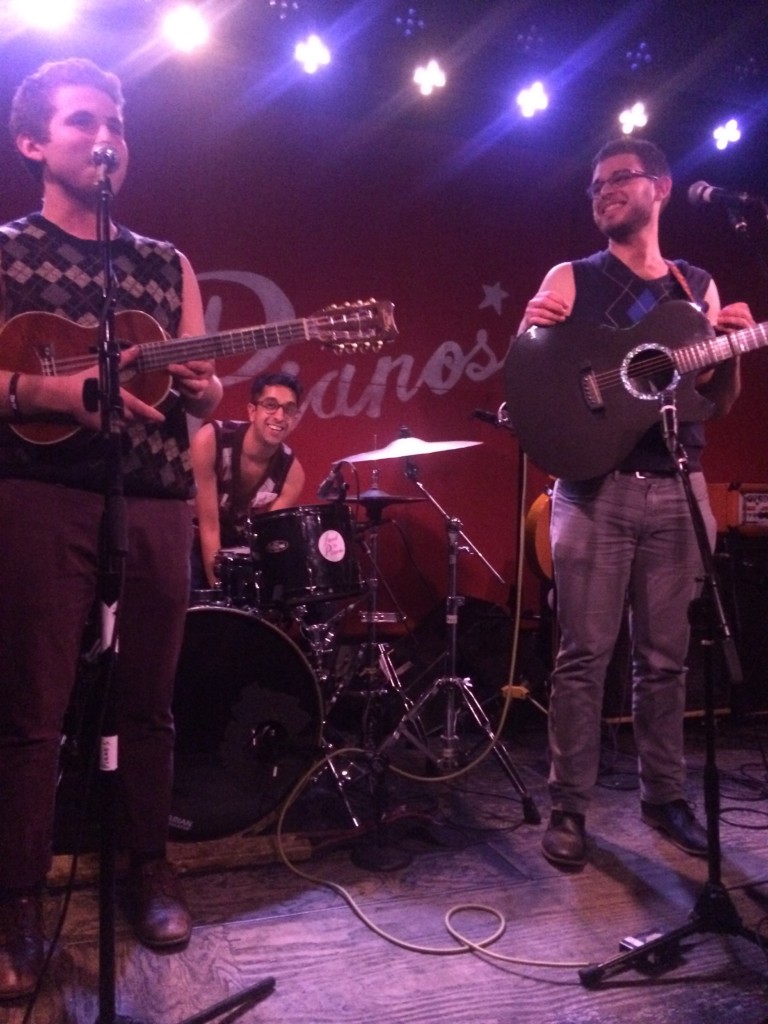 Mandeville came back to share a mic for “Satellite,” the final track off the Lords’ LP and the final song of the night. It’s another stunning song with successful vocal melding, and I couldn’t help focusing on the playful pre-song banter of “We like to be close,” “But not too close.” It’s that sense of silly familial love that feels like a happy homecoming to everyone in the room; even up front with my jaded neo-New Yorker stone-face, I couldn’t help feeling it a little.

I grew up at the shore and spent the entire time looking over the ocean for skyscrapers. I couldn’t run away fast enough, because I wanted something harder. My North Brooklyn scene of indie-grunge-post-punk-psychedelic peers certainly delivers that. It is beautiful, never horrible, but always hard. Finding that hometown comfort on the Lower East Side was a respite I don’t regret.

In New York you have allies. In New Jersey you have friends.