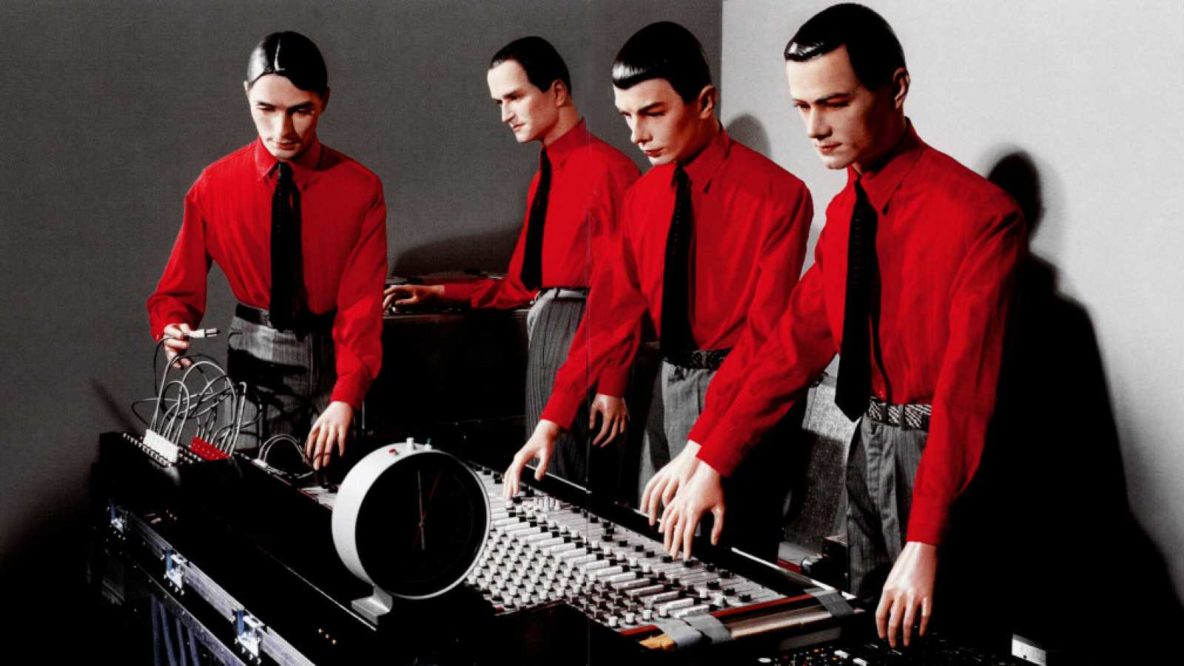 There are few details that I remember vividly about my first Kraftwerk show. It was June 8, 1998 at the Hollywood Palladium, midway through a year where I saw a hell of a lot of live music, and I had gone with two friends. All three of us were DJs and each one of us played styles of music that, on the surface, seemed quite different. At some point in time during the course of the night, that became a topic of conversation: We were three people with seemingly different tastes who all had Kraftwerk in common. Twenty plus years later, I can’t reconstruct that conversation verbatim, but the takeaway stuck with me. It didn’t matter if you leaned towards techno or hip-hop or synthpop or whatever variation of those genres existed in the late ’90s – or would come to exist in the decades to follow – we were all, essentially, the children of Kraftwerk.

I thought about that last week, when word came that Florian Schneider, co-founder of the famed German group and a member until 2008, died at the age of 73, and musicians and DJs from across the world offered their tributes. Amongst them: L.A. electro pioneer Egyptian Lover, British electronic duo Orbital, Chicago house DJ Heather, DJ/producer Kittin and the bands Xiu Xiu and Hot Chip. Kevin Saunderson, one of architects of Detroit techno, dropped a Kraftwerk tribute in his set for Saturday’s Hacienda House Party live stream. Tim Burgess of The Charlatans dedicated one of his Twitter Listening Parties on May 7 to Computer World.

Little of the music that would score our lives between the late 1970s and today would exist if it weren’t for Kraftwerk. Quite literally, the German quartet provided the foundation for hip-hop and dance music. Afrika Bambaataa and Soulsonic Fource borrowed from “Trans-Europe Express” and “Numbers” for “Planet Rock.” There are traces of “Uranium,” from the band’s 1975 album Radio-Activity, in New Order’s perennial dance floor favorite “Blue Monday.” The list of artists who have interpolated or sampled Kraftwerk is immense and runs the gamut from Dr. Octagon to Stereolab to Gesaffelstein.

Recently, I caught up my friend Elvin Estela (also known as the DJ and producer Nobody), who was part of our trio of music nerds who saw that Kraftwerk show back in ’98. We started talking about the genres of music that permeated Los Angeles when were kids in the ’80s, like freestyle and electro, that essentially spun off from the ideas of Kraftwerk. Elvin mentioned that, perhaps, hip-hop wouldn’t have sounded the same without Kraftwerk. “It would probably be more derivative of funk,” he says.

“In the early ’70s, they were one of the few groups that were looking futuristically,” he says of Kraftwerk.

Kraftwerk had taken electronic music outside the rarefied worlds of art and academia and made work that could connect with mass audiences on its own. Unlike music from movies like Forbidden Planet and A Clockwork Orange, or the theme song from television series Doctor Who, it was electronic music that wasn’t tied to another piece of pop culture.  They played with rhythm on lengthy, groovy songs like “Trans-Europe Express” and “Showroom Dummies” in a way that anticipated the extended club mixes of the coming years. With The Man-Machine, they established templates for synthpop at a time when their instrument of choice was becoming more accessible to young musicians.

They also developed the aesthetics that would influence generations of artists, from the clean-cut, suit-and-tie look of Trans-Europe Express to the sci-fi constructivism of The Man-Machine. They set the tone for early ’80s synthpop, particularly with the new romantics, but Kraftwerkian style would re-emerge in the indie scene of the early-’00s with visual echoes of their work seen in pieces like the cover of Ladytron’s album 604 and Franz Ferdinand’s video for “This Fire.”

My first Kraftwerk show was, in a way, a throwback. This was a band that had started making albums before my friends and I were born and, at that time of this specific concert, their most recent full-length album was over a decade old. They had already influenced countless artists. You could say we were, at least, part of a second-generation of fans. But, in ’98 we were still living in the nascent days of the “computer world” and Kraftwerk were still the future.

What I also remember about that night at the Palladium were my eyes darting between the band and video projections, not sure exactly where I should focus my attention, and feeling less like I was watching a concert and more like I was stepping into this universe that Kraftwerk had created. More than a decade before “immersive experiences” became a buzz term, Kraftwerk were developing something akin to that.

Many years later, I would see multi-media shows from bands big and small and catch DJ/producers on tour with projection mapped stages. I wonder if maybe all that is connected to Kraftwerk too.

Certainly, they weren’t the only band to present a unified sound and image, nor the only ones to work with emerging technology, but Kraftwerk went beyond that. They took seemingly disparate subjects – everything from trains to computers – and turned all that into a cohesive audio-visual project that would go on to influence people from all walks of life, all corners of the globe, in different ways. Those people would take that influence and make music that would spawn whole genres, bringing in a whole new group of kids who would then find their way back to Kraftwerk. That’s something that may never be repeated.