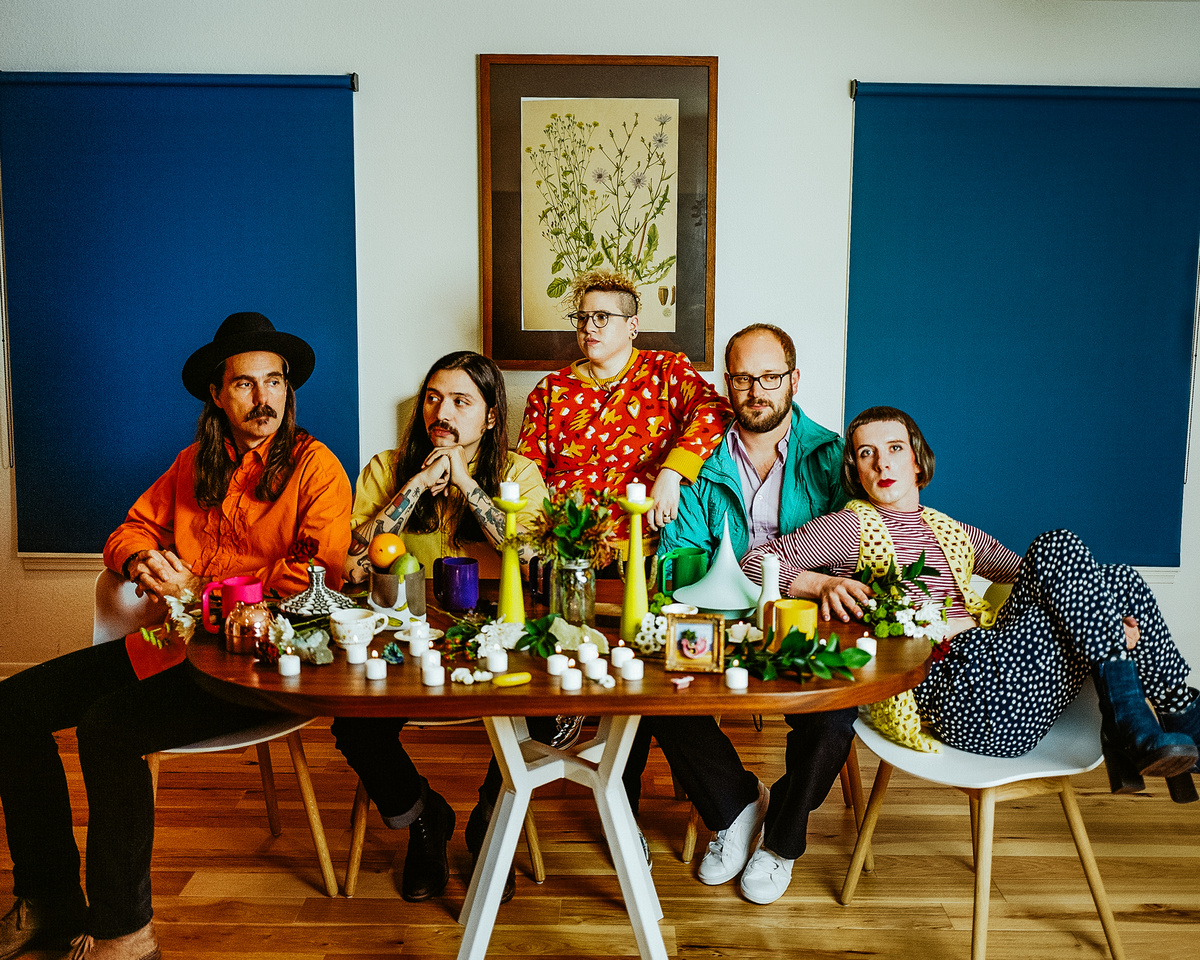 Music is a powerful tool. It can be used to edify, to empower, and even to restore a human’s soul. Carry Illinois is an Austin band whose back catalogue runs the gamut from 2016’s peppy “Electric Charm” to 2014’s “Weakest Limb.” This year, the band released Garage Sale, a collection of six snappy indie rock tracks that never shy away from personal crisis. It’s a record built around emotion and healing, but the music doesn’t dwell – it incites the listener to remember and look forward.

We sat down with founder and frontwoman, singer-songwriter Lizzy Lehman, to talk about her writing process and the healing power of music.

AF: You’re originally from Illinois. What kind of music did you grow up listening to?

LL: I grew up listening to all kinds of music. I listened to a lot of Motown, Classic Rock, ’60s Folk, musicals, and tons of ’90s pop, hip hop, r&b, and alternative.

AF: When did you transition from listening to music to making your own?

AF: Had you moved to Austin at that point?

LL: No. I was going to college at Lewis and Clark in Portland, OR.

AF: What landed you in Texas?

LL: I met Peter Yarrow (of Peter, Paul, and Mary) the Summer of 2006. He told me that as a new songwriter I should go to the Kerrville Folk Festival (in Kerrville, TX). I decided to pack a guitar, a backpack, and a tiny one-person tent and headed to the festival in May 2008. I ended up making some of my best friends and meeting my now wife. I moved to Austin, Texas in January of 2011 and have been here ever since.

AF: Tell us a bit about your songwriting process with Carry Illinois. Are lyrics the foundation? Or does the band play with riffs to start?

LL: I write all the lyrics and the original music. Sometimes I start with lyrics first, but I usually start by plunking out a chord progression. I bring the song to the band and let them hear it with just me singing and playing. After introducing the song, I let them jam along and then we refine it from there.

AF: On your website, it says you also do some “fictionalized writing.” How does that aspect of your creativity affect your songwriting?

LL: I don’t write any fictitious songs anymore. When I started writing songs I would make them up. All of my songs we currently play (and the ones we are about to record) are about my real life and the lives of my friends and loved ones.

AF: “Oh a day will come / when we won’t be put down / that shameful feeling / will be long gone.” In addition to being a really catchy song, “Shameful Feeling” is also a very personal song for you in particular. Was this a hard song to bring to the rest of the band?

LL: It was not a hard song to bring to the band. All of my songs lately are highly personal and the band has always respected me and my lyrics to the highest degree. I know all of them so well now that I am never hesitant about presenting something so raw and real.

AF: 2017’s Garage Sale was created in the wake of founding member/bassist John Winsor’s suicide. Have you found performing the album to be cathartic?

LL: Absolutely. Writing and singing these six songs has made it a lot easier for me to cope with his death and process the emotions that came with his passing. I know he would be proud of me for continuing to write and sing. John was always a huge supporter and cheerleader. I miss him everyday.

AF: Carry Illinois is set to release a new record in early 2018. What has this new record’s writing process been like and what can we expect thematically?

LL: Writing the new record has felt like a breath of fresh air and a great way for me to look at how far I have come but also how far I have to go (personally and musically). As far as themes are concerned, the new songs are about my process of tapering off of anti-depressants/anti-anxiety drugs after 14 years, coping with changes within the band lineup, and learning to harness self-love even when it seems almost impossible. Writing these songs has been therapeutic and exciting. I am looking forward to releasing the new material. The sound is a bit different but I think people are going to really connect to it.

AF: You said earlier that for you, bringing music to the band isn’t difficult because you’re so in tune with one another. What advice would you give a young songwriter wanting expand their sound? Someone who is looking for the right band?

LL: I would tell them to keep writing, keep singing, and don’t be scared of speaking their truth. Music is a process and you have to keep creating. As far as a band is concerned, the right people will come along. If somebody digs your sound and what you have to contribute to the world, then they are probably worth playing with. Play music with all sorts of people and don’t be discouraged if the fit isn’t right at first. Keep honing and keep going!

Carry Illinois’ 2017 album Garage Sale is out now. Keep an ear out for their new EP dropping in early 2018!