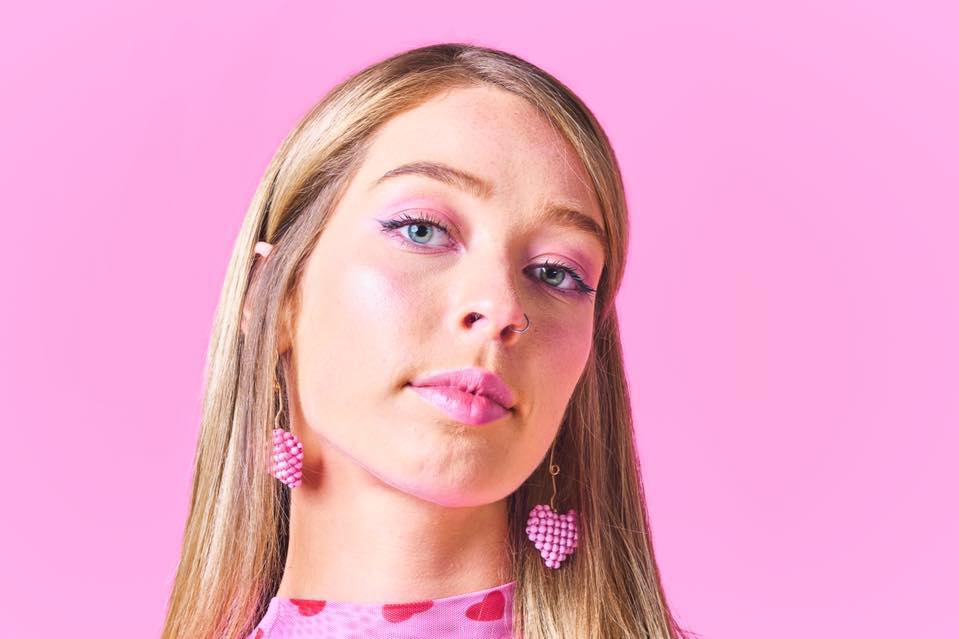 Jess Day does it all herself.

“I remember having a conversation with a guy once, trying to explain that my band members are essentially session musicians and I teach them all the parts… and he couldn’t comprehend that I wrote the instrumentation,” the Australian musician says. And while she sometimes wonders how she would fare in a more collaborative band environment, this is what works for her now. “I do like having 100% creative control with this project because I feel like my idea doesn’t get watered down at all. I don’t have to compromise the potency of it.”

Potent is certainly a good way to explain the killer singles Day has been dropping since 2018. While none of them are explicitly part of some greater project, every bit, from the instrumentation to the vocals, is delivered with a deftness that makes them feel more substantial than your standard LP appetizer. This is especially apparent with the songs released after her first single, “Waiting,” a sweet and somewhat melancholy singer-songwriter tune that was borne of a strangely practical revelation of Day’s.

“I never really was able to be in a band because I didn’t really have a lot of people around me that were into music,” she explains. “When I heard “Pool Party” [by Julia Jacklin], I was like, ‘Oh, this is music from a genre that I don’t usually listen to that I really like still.’ And then I was like, ‘Well, if I can’t do alt rock, I can try writing a folky sort of song because all I really need is myself to do it.”

The experiment worked, and some version of Jess Day was born, albeit one that was hiding the harder-edged Jess Day behind her like a kid trying to shove the contraband away before the teacher walks by. Not that there was any grand plan — she wanted to write, so she found the best way for a former country-kid transplant with a limited musical network to do it.

Despite its folk outfitting, Day’s second single “Why is She So Beautiful,” has the earworm power of a pop song with layers of expert production. “Oh, she’s funny like me, but makes your friends laugh harder/I hope you finish her like a dog with a bone,” Day laments during the second verse. Her voice is easily recognizable, with a storytelling-like cadence that gives off the impression that she is simply speaking the words directly to you in some secret treehouse fort, ones and zeroes between her and the listener be damned.

She describes her lyrics as functioning as “an open letter” to their subjects, but more importantly, as a hand extended to anyone else who may be headed for the same pain. “I’m like, ‘I feel like shit’…But I hope that by the time [other people] feel like that, maybe my song will be out as comfort.”

The core truth of ourselves always finds a way to out, and with each new release, Day sheds another piece of that indie-folk label, letting it flutter away into the wind with a fond but necessary farewell. “I went through a really awful breakup with someone who was pretty emotionally abusive,” she says. “After that, I had a lot of anger and resentment and I feel like the music that could express that was rockier music. I couldn’t see my words in an indie folk song. It just didn’t give me the release that I needed.”

And so came “Rabbit Hole,” a searing dress-down of an ex (and my favorite single of 2019). “I’ve got things on my mind to say to you/and they’re not very nice but they’re all very true,” Day sings with a purposefully detached air, like she doesn’t want anyone to know the true depth of her disturbance. “My whole point of writing songs is to articulate, I guess, like, our shadow self – the parts of us that we might not want to look at,” Day explains. “But I know everyone’s feeling [it]. We’re just not talking about it as much because it makes us feel vulnerable.”

It’s this “shadow self” element that is one of the major parts of Day’s appeal. Frequently, we try to distill our distress into something pithy and simple, citing bad exes, toxic friends, or unrequited feelings. But what do you do when your ex gets a new girlfriend who you wish you could hate… but just can’t? What do you do when you simply want to admit defeat, as Day does in “Rabbit Hole” when she sings “misery loves company/you took all the best in me”? And what do you do when you’re watching from the outside in as you drag yourself down by your own ankles?

In “Affection,” released in late 2019, Day stares down at the already smoldering refuse of a failing relationship, but just can’t stop herself  from asking for what no one should have to ask for in the first place: “I can’t have you come around once a month/I need some attention/I need some affection,” she sings, letting the last word repeat itself almost too many times, pulling back just before you start to feel as hair-tearingly frustrated as she must have been when she wrote it.

On her most recent single, “Signals,” Day attempts to come to terms with her current reality, summing it up in one single line: “Everybody says that time heals all wounds/but they’re so wrong.” How refreshing, if anything, to dispel the notion that false platitudes and declarations of newfound independence will heal a broken heart or a bad decision. Music is always an exercise in structured voyeurism — why else are people so obsessed with deciphering Taylor Swift’s catalog? — but what has me itching for more of Day’s music is the lack of a overly-sympathetic editorial hand that looks to hide away any “ugly” feelings. Fact of the matter is, there isn’t much fundamentally “ugly” about anything Day admits to wanting in her songs: to hate someone she is jealous of; to desire affection; to stop fighting to stave off the hurt from falls deemed irreparable. These are pretty simple, fallible human wants, albeit ones we have been taught to be ashamed of. That’s why her songs have such staying power.

Interestingly, for Day, it seems like this project is a lot less about the performance aspect than it is about trying to achieve the kind of songwriting prowess that places certain works in the lexicon of collective cultural memory. “Max Martin is definitely my favorite songwriter,” she says. “He did Kelly Clarkson, anything that was kind of pop but had chunky, heavy guitars in it… it’s just amazing. He’s probably the best songwriter in the world.” Day’s awe for Martin is palpable, and makes it clear that her goal is, fundamentally, to be the person behind the curtain, the one who places all the cogs just right, the hooks just so. And if people like Day are the ones gearing up to direct pop and rock into a new decade, I’m looking forward to her next move, whether it be from behind the curtain or in front of it.