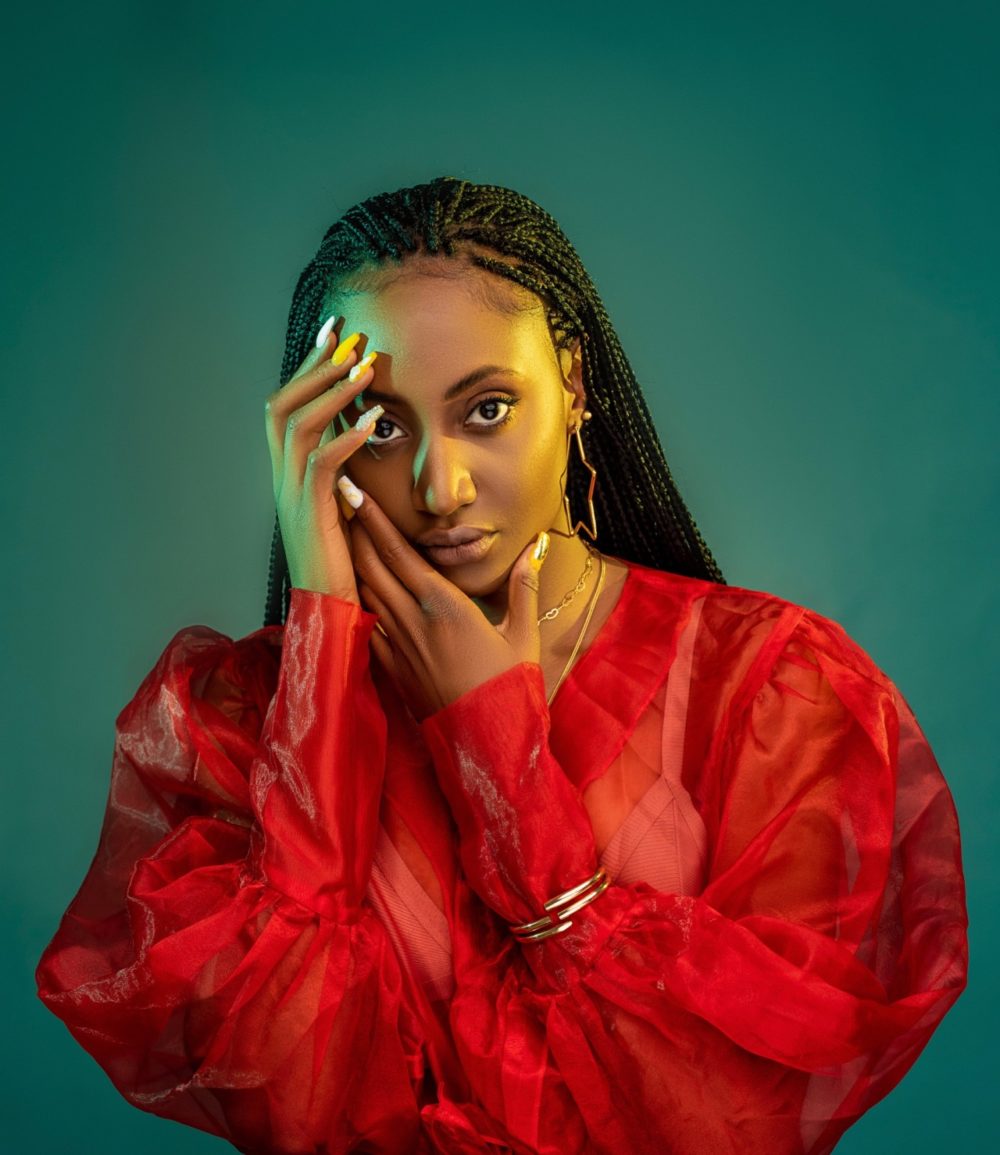 On her catchy new single, Nigerian hip-hop/afro-pop artist Bella Alubo sings about being the “Loneliest Girl in the World” — a position many people under quarantine can relate to right now. But for some people in the midst of the pandemic, loneliness is the least of their worries. That’s why Alubo donated her single to Red Hot, which uses music to raise money for various charities, mainly to raise awareness in the fight against AIDS/HIV and related health and social issues.

Alubo has released two albums since 2017 – her debut EP re-Bella and last year’s Summer’s Over, which feature a wide array of Nigerian guest talent. “Loneliest Girl in the World,” along with four other songs all written and performed by Nigerian women, is part of an EP called Kele•le. Revenue from the project will be used to provide relief for people affected by COVID-19. We talked to Alubo about the importance of the EP, not just for helping victims of the global pandemic but also for shedding light on Nigerian women and their music.

AF: What inspired the song “Loneliest Girl in the World”?

BA: I usually feel lonely, and I’m sure it’s something a lot of people around the world feel, not just creatives. Especially when you have to work on something and you are focused on your dream and things are not looking the best. At that point [I wrote the song], I just started my Masters [in Public Health]. Back then, I was in London. I was living upstairs of my apartment complex, which was quite tiny, and the tiny space forces you to think a lot. I think my bank account then was literally red. I don’t know, I just felt like it wasn’t a good day for me at all.

AF: What does it mean to you to be on the Kele•le EP?

BA: It’s a difficult time for the whole world, and there are some people out there who can’t afford a lot of things. People shouldn’t be in such vulnerable positions in the first place. Really, if we can help in any way, it will go a long way. Right now, the help I have to offer is my music, my talent, my time through sharing what I create. And with COVID-19 coming without anybody expecting it, obviously this help is much needed. Especially in vulnerable societies.

Sometime creatives, like myself, may not be able to contribute financially to a level that would be impactful, but when organizations like Red Hot, who are using something that we can give, like our creativity and music, to help the world around us, I feel like that such is a such a creative avenue for artists to give back. It’s helping me give back in my own way, right now. Before I can become super rich and can do more, hopefully by God’s grace.

AF: Why do you think it’s important to spotlight Nigerian female artists?

BA: Because it’s pretty much affirmative action. The industry, like all other industries, is male-dominated. It would be nice to see women more. Women need visibility. Women need for people to take note of their art. There are a lot of talented women, and the only reason they aren’t making money is because they don’t have visibility. So, projects like the Kele•le EP are not only giving back to society, but it’s contributing to creating visibility for talented women.

AF: How would you like to change people’s perception of Nigerian culture?

BA: Not just changing perception of non-Nigerians but also perceptions of Nigerians. Obviously outside Nigeria, even though we’re known for being smart, creative, and resilient, sometimes we’re also known for not-so-great things. I’d like for people to see more great sides of Nigerians, better representation of our country, more achievements, young people being more innovative and proactive within their fields. Within our country, I’d like us to get rid of negative aspects of our culture. Obviously, patriarchy has to go, as it shouldn’t have existed in the first place. Sexism, tribalism, classism, all of that has to go because it’s unethical. I’m hoping our culture gets more ethical with time.

We need to facilitate a culture where we encourage victims to speak up, as victims don’t always feel they can speak up as we have these conversations. A lot of women have been abused. A lot of women have to bottle it down. It ends up creating issues in their lives, issues with their trust, mental health. Nobody should have to feel like someone can treat them badly and not pay the consequences of their actions.

Younger men are getting educated. Men who have done wrong things in the past are getting educated. Obviously, ignorance is not an excuse, and men or even women who are guilty of such crimes are paying for their crimes; our system really needs to be on that. Someone was telling me a story about a judge asking a lady, “What were you doing at his house at night?” And this is a judge who needs to uphold the law. It’s a lot. It’s really a lot. It’s quite depressing if you think about it. We need to fight, we need to not back down, we need to stand our ground, we need to use our voices because we shouldn’t allow anyone to silence us.