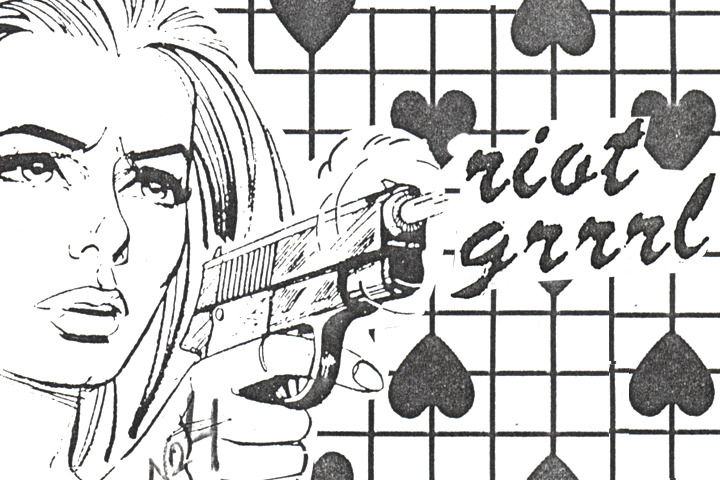 20 years ago, bands like Bikini Kill and Bratmobile were at the forefront of a newly emerging movement that would eventually be deemed as “riot grrrl”, a movement within the punk rock subculture fueled by feminist politics and the do-it-yourself ideology. In the relatively short timespan of roughly 5 years, Bratmobile and Bikini Kill (vocalist/songwriter Kathleen Hanna in particular) went on to influence a number of other bands and artists across the country, including Sleater-Kinney (featuring Portlandia’s beloved star, Carrie Brownstein), Team Dresch, and L7.

After much misrepresentation in the media, the break-ups of several pioneering riot Grrrl bands, and the frequent association with the more mainstream creed of “Girl Power” glamorized by pop artists like the Spice Girls, the movement fell into a dormant period. It wasn’t until around 2011 when Russia’s notorious feminist punk band Pussy Riot (highly influenced by Bikini Kill and the genre as a whole) carried out a string of controversial protests, that attention began to revolve around the movement once again. Within the last couple of years, riot grrrl related projects, such as the film The Punk Singer (a documentary centered on Kathleen Hanna), the reunion of the Hanna’s side project The Julie Ruin, and the release of Lisa Darm’s book, The Riot Grrrl Collection have cast the movement into the spotlight once more.

Charged with the same tenacity as their feminist punk predecessors, Dominatrix addressed the prevailing issues of sexism and machismo in Brazil’s punk scene in songs throughout Girl Gathering, like “Patriarchal Laws” (“They taught me ‘to be a woman is no more than being a wife’…but I taught myself that I’m free, I’m powerful, I can think and I can choose”) and “My New Gun” (“Take part in this riot only for girls/I never thought that girls could be so united”), incorporating elements of street punk into their sound.The band followed up with another full length album in 1998 entitled Self-Delight, and began touring throughout Europe, eventually making their way to the US in 2003 and performing at  venues such as Berkeley’s well-renowned DIY space, 924 Gilman Street.