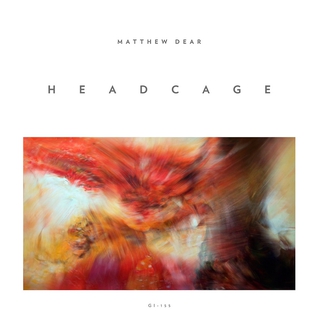 I remember the first time I heard the Matt Dear track “Tide”. I was driving aroundDetroit with my sister. It was the dead heat of summer. We were trying to find the Masonic Temple to attendwhat was rumored to be an amazing dance party thrown by a little known recordlabel out of Ann Arbor that was, and still is, near and dear to us both.

As we circled ’round and ’round the Cass Corridortrying to find parking and hoping not to miss anyone’s set, she (this sister of whom I speak) put “Tide” on,and asked me if I had heard it yet. At the time, Matt Dear—one of said label’s co-creatorsand first signatories—was still just some enigmatic DJ who composed exclusivelytechno; so I was surprised to suddenly hear his deep, now distinctive singing voice emerge from the noise. Andalthough I didn’t think too much of it (the singing thing, that is) I secretly hoped it wasn’t some weirdgimmick, because I could imagine him parlaying this particular genre-hybrid he had created, into something quite extraordinary. It was 2004then. In 2011 Black City came out andblew everyone’s mind, and to me, was the culmination of something seminal aboutthat particular summer.
During the three or so times last year that I saw him and hisband (handsome and dramatically impeccablein their three piece suits) perform Black City—with trumpet player and all—I felt that same little kernel of anxiety that I rememberfrom the summer of 2004: that this amazing music might go away, like avanishing mythological creature. I felt like I shouldn’t get too attached, for fear that it may turn out to be just another fleeting iteration of one of his manyaliases.

**Listen to “Tide” Here, because apparently I’m not sophisticated enough to copy and paste code from Soundcloud.** 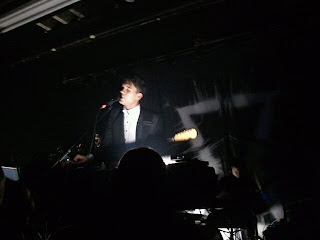 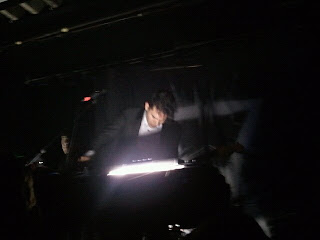 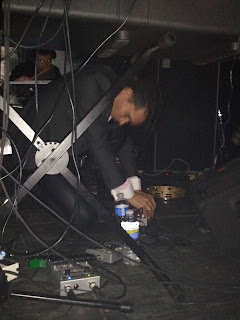 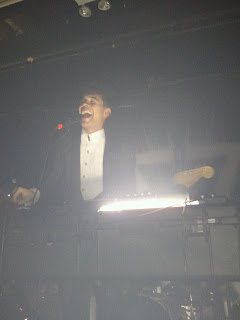 Anyway, you can imagine my sigh of relief upon learning that the band version of Matt Dear,Matthew Dear, would be putting out an EP in the New Year. And Headcage is pretty awesome indeed. In fourtracks it both assuages the fear I spoke of, that he’ll cease to make the songs that I love the most–those that simultaneously propel the listener into new frontiers of artsy electronic, and take him or her back to some unnameable era of dance music–and suggests to me what the next phase of his polymathic (no, I don’t really know if that’s a real adjective) career might entail .
The first track, “Headcage” is an immediate nod to the highlights of Black City (namely “Shortwave” and “You Put A Smell On Me”, I think). It combines entrancing beats and heavy, nostalgia-inspiring synthetic melodies with insightful lyrics that juxtapose Matt’s laconic persona. “Around The Fountain” and “Street Song”, are a bit slower and more psychedelic, but pack a punch for their marked lack of traditional “techno” indicators. For example, “Street Song”, is underpinned by what can best be described as a barely perceptible, irregular sounding heartbeat.

“In The Middle (I Met You There)”, is the wild card of this EP. It starts off sounding like a hip hop jam, with a line from the chorus looping over a funky beat. The melody slowly emerges from a distant synth without the listener even knowing it. Then, Johnny Pierce (from the Drums) starts to croon what has become an addictive opening verse, building up to the refrain, during which all the background music stops. Then the chorus hits, with Matt Dear’s baritone voice entering dramatically, singing along with Pierce, only an octave lower. It’s at this point we find out that “In The Middle” is actually a love song (“The waves will keep on crashing in/sometimes we lose sometimes we win/you saved me from myself again/baby I don’t know how this will end”). This lyric repeats for a minute or so before the whole thing descends into instrumental chaos. It’s both familiar and surprising, and it’s the moment of Headcage that hooks me, in typical Matt Dear fashion, leaving me yearning for more. Good thing the full length album will be out next year.