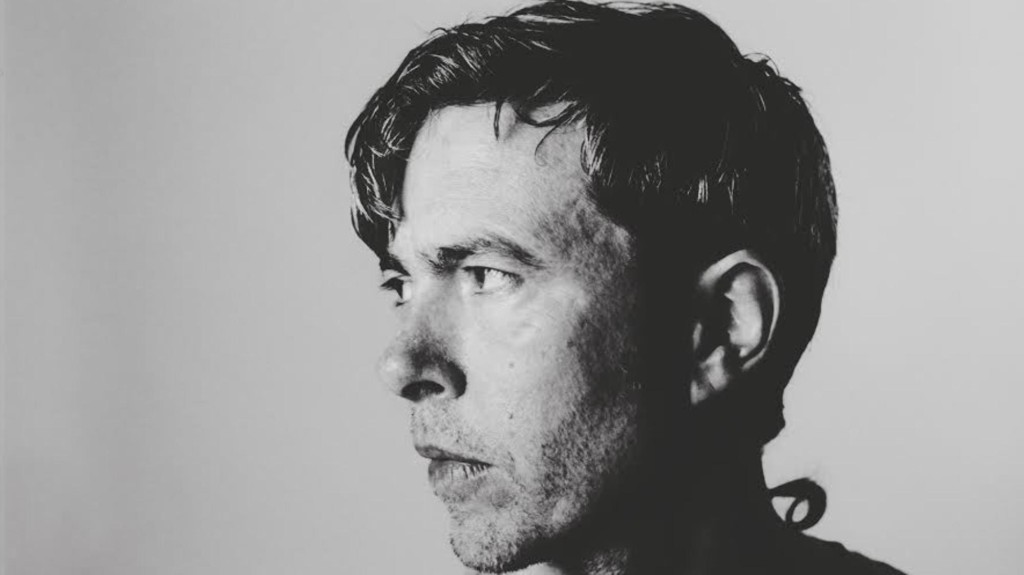 This is the closest we will ever get to Bill Callahan’s living room, or…porch. The stage at Baby’s All Right has been set with a sturdy wooden chair and four handsome plants, two flanking each side to make up some kind of homey throne. A long-haired gentleman places ashtrays smoking with incense behind the stage monitors. “I want to be the incense roadie,” chirps a nearby voice, just before Callahan takes his seat in a blue button-up and well-worn boots. He does so without a word, easing into a simplified rendition of “Feather By Feather,” a song from his Smog days.

You could say that all of the evening’s songs were simplified, seeing as they were born of only six strings, a foot tambourine, and occasional harmonica. But one thing to learn from stripping a song to bare-bones is: how well does it hold up that naked? We were given the substructure of Callahan’s melodies throughout the set, and found they can still support the heft of his baritone beautifully; maybe this is no surprise. By force of habit, my ears still cued in the synth strings on “Jim Cain” and the distortion on “Dress Sexy At My Funeral,” but I didn’t want for any of it. The truth at the core of Bill’s sparse delivery is that his songs are bulletproof. They’d be as memorable tinkling out of a hurdy gurdy as they would set to a 30-piece orchestra.

Callahan has said in many interviews, perhaps weary of the ever-present question regarding his retreat from “the Smog moniker,” that he sees Smog and Bill Callahan as one and the same, merely on different points of a continuum. True to that philosophy, he doled out generous helpings of his catalogue old and new, playing everything from “Prince Alone In The Studio,” to “Too Many Birds” and his cover of Kath Bloom’s “The Breeze.” Upon strumming the first chord of “Riding For The Feeling” the crowd nearly fainted with excitement.

“You recognize that song from the first chord?” he said, looking bemused. “That’s the coolest thing. I never thought I’d get there.”

The audience continues to go wild with anticipation.

There is an austerity about Bill Callahan that I haven’t seen in too many performers…a kind of steely fortitude that makes me wonder if he’s not a man, but maybe a mountain, or a barquentine. He was there to do one thing, and it sure as hell wasn’t chitchat. Callahan doesn’t pander, just delivers. And yet despite the weight of his music, despite this being a rare moment to be earnest, and split open, and to feel something…there will always be a drunken idiot shouting safely from the back of the room.

“I fucking hate you Bill!” barks a fool who has been yelling quite the opposite up until now.

Callahan, who seems as though he could win any argument with the sting of his silence, looks up at the ceiling, a smirk slowly spreading across his lips. “I’m used to it,” he quips.

Anyone who has read a handful of interviews with Bill will pick up on his bone-dry sense of humor, but on the page you won’t get a sense of his comedic timing – the deadly delay he administers between minimal remarks. It’s a joy to see a few soft-spoken words slay a drunken monologue. Perhaps that speaks to the power in Callahan’s lyrics as well: nothing superfluous, everything purposeful, quality over quantity.

It would have been easy for Callahan to call it an early night, but he played a real stew of a set, clocking in at around an hour and a half, and giving us the chance to choose his last song.

“Well, that’s about all I got time for, goodnight,” he says after closing with “Say Valley Maker.”

The drunken fans persist: “To Be Of Use!” they scream.

“…Well, first, you lay-first you leave, and then you lay your head on your pillow, and dream. It’s better than the real thing, I promise.”

I doubt that it is better. But I’ll give it a shot anyway.