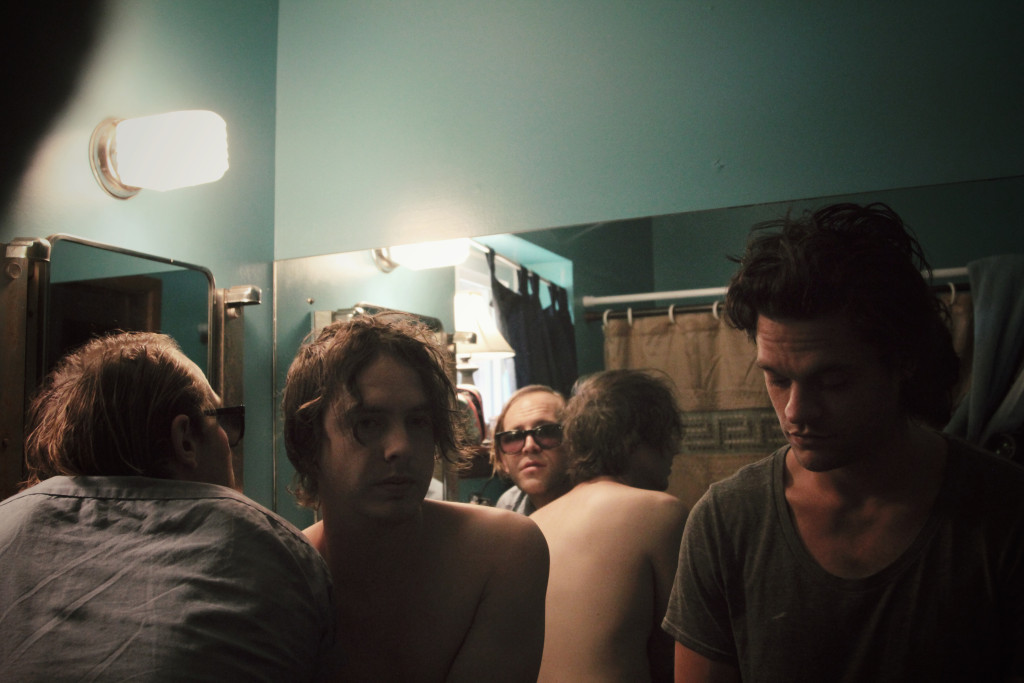 Dream-pop, garage-rock, black-punk. In an era where the blogosphere battles to name genres, sometimes it’s nice to simply return to rock ‘n’ roll, which is just what we have for you in the first Artist of the Month profile of the new year. “As cliche as that is, I think that’s what we’re going for. A fun rock and roll band,” said Penny, a newly-minted member of the Oklahoma rock group, who recently joined with her partner Mandy, adding a much appreciated feminine flavor. They do after all, have a sky-rocketing new album titled Just Enough Hip to be Woman.

BRONCHO performs at Beacon Theatre tonight supporting the one and only Billy Idol. Shortly before they hit the road, Sophie Saint Thomas caught up with Penny as she was getting ready to embark on a six-week tour.

ST: What is your experience with touring?

P: Honestly, I’ve loved it since I started doing it. I went on my first tour as a solo artist with another friend of mine who was also a solo artist at that time. I just love it, I love traveling. I love kind of having everything I need with me girl scout style. I see it as not much different than outdoor survival camping. I just kind of see it as the urban woods.

ST: Is this the first tour you guys as a group have done together?

P: No, Mandy and I just joined the band this last summer. We did our first tour with the guys I believe in August. It was like a five week run. We were basically touring from August to December with a few breaks and then we had December off, and now we’re at it again.

ST: How did you end up joining the band?

P: I’ve known Ryan for a few years now. I grew up in Norman, which is the town that they’re based in. Where they were hanging out and went to school. So I had hosted house shows at my house with them, and I’ve been to a lot of shows, just between musical mutual friends I guess. When I met Mandy we started playing music together. I heard that their old bass player was leaving the band. So I kind of pursued it a little bit, and six to eight months later I talked to Ryan, and he invited both of us to be in the band which is awesome because we live together and we’re partners. She’s kind of the only thing that keeps me from being on the road. So it’s really awesome to be able to bring her with me.

ST: How is it being with all those guys?

P: It’s good. The bands I previously was working with and touring with was much different. Musically, and also socially I played with two girls. And so I was mainly traveling with three girls which was a totally different experience. All three of us were around the 21-24 age so needless to say we were kind of crazy all over the place. I think the energy of this current group is like… I just feel like they’re my brothers. I have always been a tomboy so we just feel really comfortable.

ST: “Class Historian” is really blowing up and getting a lot of attention. How has that experience been?

P: I definitely feel lucky to be with them at this time. I’ve been watching these guys tour kind of parallel to my former musical life, and to be able to be in this band at this moment in time is pretty amazing. I do my best to not take too much credit for any of the actual success that’s going on right now. But it is super exciting. And I’m just  constantly being flattered by people always hearing it on the XM Radio or wherever they’ve heard it. It’s kind of far out; We had a spot in the local paper recently, which was definitely the first time I’ve been called out like: “You’re that girl in that band!” It’s very weird, it’s very new, I’m trying not to get too used to it.

ST: I hope you’re enjoying it!

P: Definitely. I’m just trying to let it in and let it be real.

ST: I’m sure you and Mandy joining has changed the dynamic, can you speak to what you’ve brought to the band?

P: One obvious change is certainly the vocal presence. I think we’re moving to a really awesome place vocally where Mandy and I get to be sort of this more angelic presence over kind of the rougher vocals of the guys. It rounds it out really well. I was definitely worried at first about the former fans…I don’t know, it’s probably just girl insecurity. I never wanted people to be like, “Oh you’re good for a girl.” I think especially as the bass player like their former bass player, I respect him a lot. So the first show I was definitely watching a lot of people like, “You approve right?” I’m less about seeking approval now, and I’m just having a really good time with the guys. I’m no longer feeling like I don’t fit in anymore.

ST: I enjoy the female aspect; I love how it’s all come together. The album title Just Enough Hip to be Woman – were you part of the creation?

P: I honestly was not there but I totally can imagine how it came up, and it was probably the guys and some friends totally joking around and one of them probably said it in one way and another one said it in another way and then it went around in circles because it’s worded so strangely. I thought it was funny when I found out what it was because I didn’t even hear the new record or know the title until he had already asked me to be in the band. So part of me was like “Maybe he knew…” but I don’t think that he did. I think it’s just that perfect.

ST: How would you label your sound? I’ve read the term “garage punk” thrown around a lot on the internet.

P: Anytime we’re asked that at a border crossing, because they always ask “What band are you in?” and then “What kind of music do you play?” We all collectively answer with “rock and roll.” As cliche as that is, I think that’s what we’re going for. A fun rock and roll band. We’re all just having fun and ideally we just want everyone in the audience to be loose and crazy. I think “punk” is a bit of a stretch I think “garage rock and roll” is kind of where it’s at.

ST: Well, rock and roll is a cliche for a reason, it’s great. Are you excited to play with Billy Idol?

ST: Well congrats on everything that’s happening, and thanks for taking the time to speak with me.