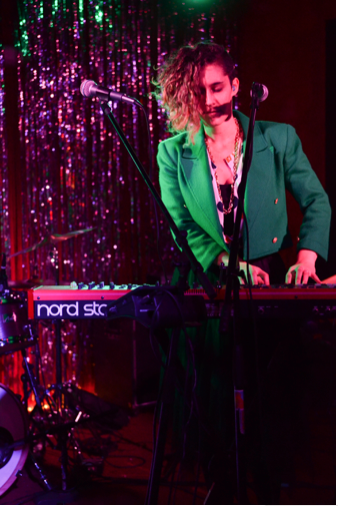 It’s one thing photographing shows of the bands you like, but it’s another thing being on the road with the bands you truly admire. I am very honored to be joining two of my favorite emerging bands from New York – Arthur Moon and Iris Lune for their winter tour. I got to capture some precious moments of the bands and to know each of them better.

We are half way into the tour, and I finally had some time chat with “les femmes,” front lady Lora-Faye Ashuvud from Arthur Moon and front lady Ella Joy Meir from Iris Lune, about their time on the tour, their band names and their homecoming show in Brooklyn this weekend.

1. Tell me more about your band names, Iris Lune and Arthur Moon, both are very luna-centered, how did you came up with the names?

Lora-Faye: Marcel Duchamp’s female alter ego (Rrose Selavy, yes, two R’s) came to me in a dream and told me my music came from my inner Arthur Moon. After that, it seemed the only fitting name, really.

Ella: Music to me is like a moon lighting up a dark sky. I’ve always been connected to this idea, and so it was only natural to have a part of the band name represent that. Iris is the Greek messenger of the gods (manifested as a rainbow), but also the colorful part around the eye. The pairing of these two words creates a very visual and sense driven name of what our music sounds like.

2. What are your musical influences? How would you describe your music?

Lora-Faye: Things that influence the music: Cutting up magazine articles and putting them back together again into poems/lyrics. The feeling of being pleasurably uncomfortable. Radiohead. Accidents. This weird form of migraine I get that gives me aphasia.

Ella: Cinematic Alt-pop. A few artists that always spark our creativity include James Blake, Bjork, Bon Iver, Radiohead and Hundred Waters, but we also draw inspiration from artists like Salvador Dali and Miyazaki.

Lora-Faye: It’s been a great year! We were born this year! 2017 brings an EP release with Velvet Elk Records, some new music videos, and some exciting dates, like a big show at National Sawdust on March 18. It also probably will bring resistance, more questions about how to make music with a direct political impact, and a whole lot of yelling, on stage and off.

Ella: 2016 has also been great for us! We’ve been performing a lot and started to work on our second EP. We have a few awesome gigs coming up in 2017, including National Sawdust on 3/18 (Arthur Moon is playing as well!) and a residency at Threes Brewing in April, and we’re excited to finish our EP and send it out into the world.

4. You are five shows into the tour now, how has the tour been? Any interesting or challenging stories to share?

Lora-Faye: It’s been alternately goofy and heavy and a lesson in the deep kindness and generosity of friends. The best thing that’s happened so far is that we bought a tiny Christmas tree for the van. But we can’t figure out if it’s actually alive, even though it’s potted in soil. A Trump tree, if you will.

Ella: There’s nothing like the bonding time that touring gives us. Being stuck in a car for hours together makes the music sound and feel that much more connected. Also, our tour manager Mia has been making personal GIFs of all the members in both bands, so we’ve been having fun with that.

5. What should the audience expect from the big homecoming show at Rough Trade on Sunday?

Lora-Faye: A tiny Christmas tree on the stage. New songs. Three-part harmonies that will make you feel like you’re swimming in a pool filled with aloe.

Ella: This is our final show of 2016, and the energy is going to be amazing. It’s also our debut performance with incredible lighting & projection artist Dom Chang, aka patchbae. We’re excited to partner with him and deepen the visual aspect to our show! 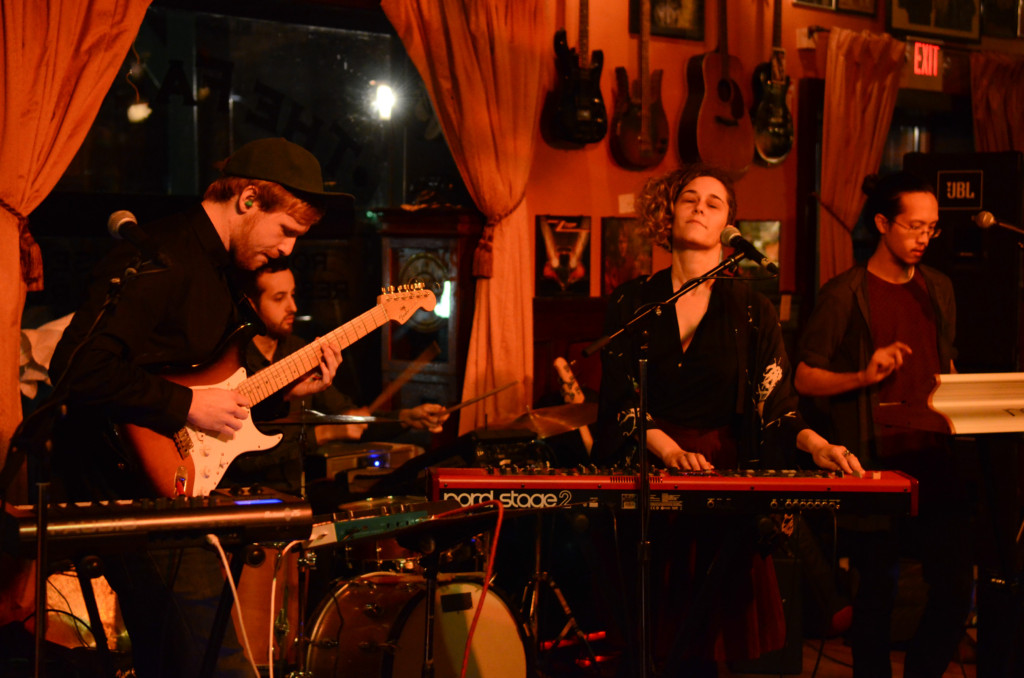 Although I have seen them many times, I still feel more in love and touched by their music ever night. Cannot express how much I enjoy being around with these talents musicians. Be sure to catch them (and the tiny Christmas Tree) at their homecoming show at Rough Trade this weekend. 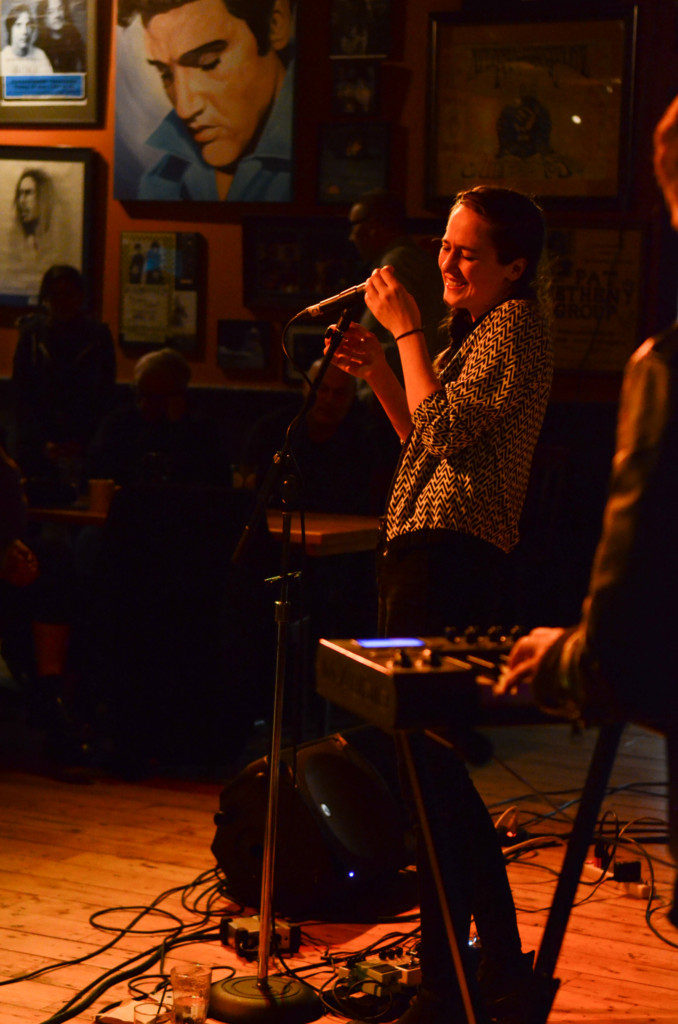